Ivan Bukin, after performing at the European Championships, spoke about the birth of his son. Tatyana Tarasova returned home from the hospital and expressed her readiness to comment on the Beijing Olympics. Alina Zagitova became friends with Danya Milokhin. Alena Kostornaya is preparing to return to training after breaking her arm. Irina Slutskaya reacted negatively to the upcoming performance at the Olympics of the first non-binary athlete Timothy Leduc. What is discussed in the world of figure skating - in the material RT. 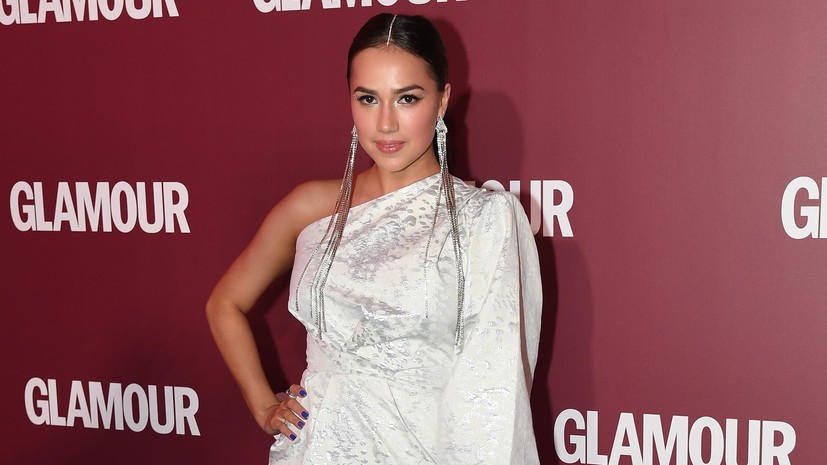 January brought Ivan Bukin not only the silver medal of the European Championship, but also a much more important gift: the 28-year-old athlete became a father for the first time.

On January 3, his girlfriend, choreographer Alyona Samarskaya, gave birth to a son.

We had a boy - a hero, more than four kilograms.

We named him Artyom, ”Ivan said after a performance in Tallinn.

A touching photo, which instantly collected more than 15 thousand “likes”, was published by the three-time world champion on his Instagram.

Under the post, a lot of enthusiastic comments gathered with compliments to the baby, including from Russian skaters.

So, Tatyana Volosozhar wrote that the boy is very cute, and Evgenia Medvedeva admitted that this photo "made her day."

And one of the fans joked that the son of Patrick and the daughter of Olympic champion in ice dancing Scott Moira would make a great couple for future victories in figure skating.

Solovyov struggles with the consequences of the beating

Dmitry Solovyov spoke about his state of health after a severe beating in December last year, due to which he ended up in a hospital bed with a head injury.

Then the athlete stood up for his girlfriend Anna Sidorova and her friends, with whom they were together in one of the capital's nightclubs.

“Thank you, dear friends, I am slowly recovering.

I follow all the prescriptions of doctors, which also include the minimum use of the phone.

In this regard, while, unfortunately, I can not respond to your messages and comments.

If possible, I read, I am very pleased, ”he wrote on Instagram.

Olympic champion Sochi - 2014 admitted that he has not yet fully recovered from what happened.

“Yes, there are some consequences, including those related to speech.

I'm sure I'll deal with them soon," he assured.

Honored coach of Russia Tatyana Tarasova also made fans worry about their health.

Back in November, due to poor health, she canceled a trip to the Russian Grand Prix in Sochi, where she was supposed to work as a commentator.

In December, Tarasova was hospitalized twice, which is why she missed the final episodes of Ice Age.

In the new year, she was again hospitalized on January 11.

This week, the renowned specialist was discharged from the hospital, and she continues treatment at home.

I continue to be treated, I do droppers and slowly recover, ”said Tatyana Anatolyevna.

She was also quick to reassure figure skating fans who were worried about whether she would be able to comment on the Olympics, which will be held in February.

If they invite me, I will, ”said the legendary coach.

Slutskaya did not appreciate the frankness of Leduc

Irina Slutskaya joined the discussion regarding the participation in the Olympic Games of an athlete who does not identify himself with any of the existing genders.

As you know, American Timothy Leduc, who will perform at the Beijing Games in pair skating with Ashley Kane-Gribble, recently admitted to being non-binary.

“What I will never understand ... During my sports career, this was unimaginable !!!

There were male and female sports, the athletes themselves were strictly divided into two sexes.

There were no rhythmic gymnasts in women's costumes ... ”, the two-time world champion wrote on her Instagram, admitting that she was“ horrified ”by such news.

The appearance of a non-binary athlete in figure skating caused a lot of discussion.

So, coach Alexander Zhulin spoke very sharply about Leduc, saying that he did not want to "comment on freaks."

His words caused a wave of indignation in the West.

In particular, one of the most titled Canadian figure skaters, Olympic champion Megan Duhamel turned to the International Skating Union (ISU) with a request to respond to the outrageous, in her opinion, behavior of the Russian specialist.

“Why do we in figure skating accept such outrageous and disgusting comments?

I hope the International Skating Union will do something to put an end to this!”

Earlier, the US Figure Skating Association also supported Leduc, saying that he condemns any hate speech and is proud of the athlete.

Zhulin, who was hit by such a wave of criticism, later admitted that he regretted his words, but refused to apologize for them.

Zagitova spends time in the company of Milokhin

Alina Zagitova was seen in the company of tiktoker Dani Milokhin.

Both celebrities were invited to the birthday of the famous blogger Nastya Ryzhik.

In the video that appeared on the network, the host and the Ice Age participant dance to incendiary music.

And a few days before that, they showed a joint dance on ice.

The video has garnered almost 6 million views on TikTok, and more than 60,000 “likes” and nearly 2,000 comments on Instagram.

“A duet that no one expected.

Or was someone waiting?

With Danya Milokhin we sparkle on the ice like two snowflakes, ”the athlete signed the video.

The opinions of the fans of the Olympic champion about the dance partner were divided: some of her fans took the duet favorably, others spoke rather sharply.

“Oh no, I unsubscribed from Medvedeva because of him, and now he has appeared with Alina,” one of the comments says.

Alena Kostornaya said that they removed the plaster from her broken arm and soon she would be able to return to training.

The athlete was injured in December, shortly before the Russian championship, because of which she missed the selection for the Olympics.

“I'm already in an orthosis.

This means that soon I will be able to go on the ice.

There is no gypsum, and nothing interferes.

With the hand, not everything is as good as we would like.

It was not an ordinary fracture, and there are complications.

Not a very pleasant story, unfortunately, ”Kostornaya said in the new issue of her YouTube channel.

In the past, she also talked about the problems with recovery from an injury and complications, "which will entail consequences if not treated."