Ivory Coast goalkeeper Badra Ali Sangari dealt a severe blow to his team, and prevented it from qualifying early to the final price of the African Nations Cup underway in Cameroon. 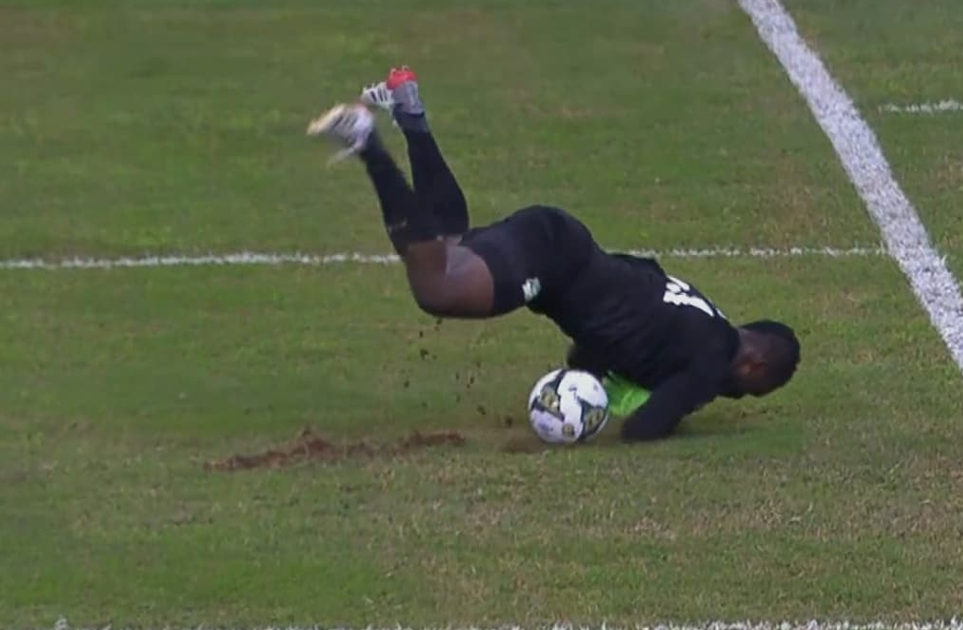 Ivory Coast goalkeeper Badra Ali Sangari dealt a severe blow to his team, and prevented it from qualifying early to the final price of the African Nations Cup underway in Cameroon.

And a mistake by goalkeeper Sangari in the deadly time caused Sierra Leone to equalize 2-2 in the match that took place on Sunday in the second round of Group E matches.

The first half of the match ended with Ivory Coast advancing with a goal scored by Sebastian Heller in the 25th minute. In the second half, Moussa Kamara equalized for Sierra Leone in the 55th minute, but Nicolas Pepe gave the “Elephants” the lead in the 66th minute, before a goalkeeper error caused the equaliser. Sierra Leone signed Alhaji Kamara in the third minute of overtime for the match.

The goalkeeper picked up the ball after a long pass that was on its way out of the field, then he fell to the ground and the ball escaped from his hand and was seized by Stephen Colker, the Sierra Leone player, who passed it to his fellow substitute, Al-Haji Kamara.

The match was stopped to treat the goalkeeper, who was affected by his fall, and could not complete the match, and defender Serge Aurier was forced to take over the goalkeeper after the Ivory Coast exhausted all the changes.

In the 93rd minute, Ivory Coast keeper Badra Ali Sangaré suffered an injury while conceding the equalizer to Sierra Leone.

He had to be stretchered off, and captain Serge Aurier stepped in goal for the final minutes 🧤 pic.twitter.com/sr4ymFZmpW

Despite the stumble, Ivory Coast maintained its lead in Group E with 4 points, one ahead of Equatorial Guinea. Sierra Leone is third with two points, and Algeria is in last place with one point.