The Kolyada factor, Valieva's replacement and Katsalapov's injury: what you need to know about the composition of the Russian national figure skating team at the Olympic Games

In the coming days, Russia will decide on the composition of the figure skating team for the Olympic Games in Beijing. In addition to the fact that three holders of a ticket in each discipline will be determined, there should be clarity with the participants in the team tournament. At the moment, it is not entirely clear whether Mikhail Kolyada will be able to get into the application, how the back injury will affect Nikita Katsalapov's plans, and whether Kamila Valieva will need to be replaced before personal starts. 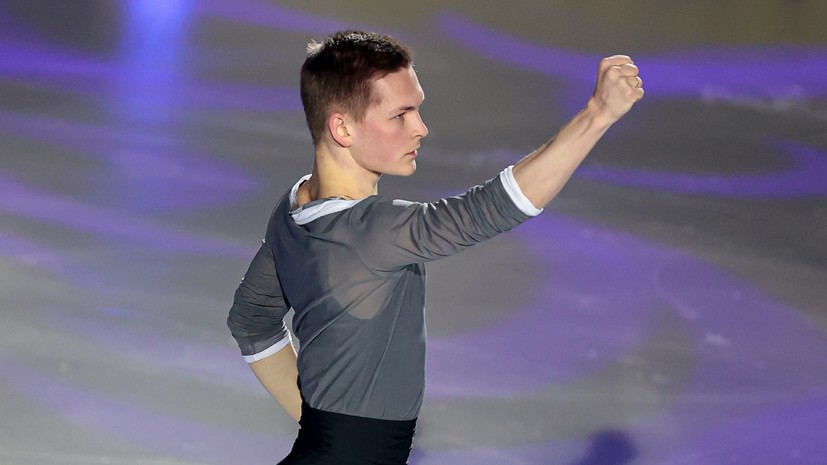 Four years ago, the Olympic composition of the Russian figure skating team was announced immediately after the end of the European Championship. In the same season, the Russian Figure Skating Federation (FFKKR) decided to take a break and has not yet named the names of 18 lucky ones, although there are less than three weeks left before the competition in Beijing. The full list of participants will become known only on the 20th of January, that is, perhaps, just before the departure of the athletes to China.

This question really does not require haste.

Two squads are to be determined at once - the full one, which will perform in individual competitions, and the elected one, who will fight for the gold of the team tournament.

There are a lot of options for the FFKKR, and neither the recent European Championship nor the December Russian Championship gave an unambiguous answer who exactly deserves a place in the team, so that there is no unnecessary gossip on this matter.

Who can be the fourth odd man?

The most confusing situation can be called the situation in men's skating, where for the first time in 20 years it will be possible to use the full quota of three people.

Judging by how the composition for the European Championship was chosen, there are only four candidates for a trip to Beijing - Mark Kondratyuk, Mikhail Kolyada, Andrey Mozalev and Evgeny Semenenko.

Perhaps the only one who can be calm about his future is Kondratyuk. There are plenty of arguments in his favor - it was he who brought the third quota to the national team, he then won the championship of Russia and was proclaimed the new champion of the continent. Everything that was in his power, he did. Only the lack of experience in representative tournaments speaks against the 18-year-old skater, where he could compete with the leaders of men's skating from Japan and the USA. So far, no one knows how he will react when he has to share the ice with Yuzuru Hanyu and Nathan Chen during the warm-up.

The federation also needs to be sure that Kondratyuk will withstand the difficult schedule that men will face in Beijing - taking into account the team tournament, they will need to go on the ice four times within seven days. Svetlana Sokolovskaya has no doubts about the abilities of her ward. If this happens, then it is unlikely that you will have to count on a replacement for the European champion, it will be needed in other disciplines. So the young skater will have to tune in for four rentals at once, and the first two will be even more important for him than the next ones.

There can be a huge variety of opinions about Kolyada. This is the only Russian figure skater with a name, authority and experience, largely due to them he became the silver medalist of the Russian championship and formally fulfilled the selection criteria for the Olympic team. But at the same time, he failed to confirm his right to the European Championship, where he could both strengthen his positions and lose them. Not good for Kolyada and injury, albeit a small one.

You can be sure of one thing - a 26-year-old skater should not be expected in a team tournament. I still remember his not very successful performance four years ago, but it cannot be a serious argument against it, in Pyeongchang Kolyada was a completely different athlete. It is much more important that the student of Alexei Mishin never performed both programs equally well this season, and this is the very quality that is valued in the team tournament. This is probably why the coaching staff of the national team has already crossed out Kolyada. But an athlete from St. Petersburg will certainly be able to compete in individual competitions, where the burden of responsibility will be less.

It remains to resolve the issue with the owner of the third ticket.

In this dispute, Mozalev twice prevailed over Semenenko, but not so convincingly that there was no doubt about the correctness of the choice.

Andrei simply made mistakes less often than his competitor, both in St. Petersburg and in Tallinn.

Against Eugene and the past: once he was already preferred to Mozalev, when he deserved a place in the national team, but he did not justify the trust.

The coaching staff will have to take full responsibility for the decision, as there is no time left for an additional selection, as it was in 2014.

Who will replace Valieva in the team tournament?

With girls, the situation is easier.

All three of the strongest athletes won the medals of the European Championship following the results of the Russian Championship, so it would be unfair to unhook any of them.

Kamila Valieva, Anna Shcherbakova and Alexandra Trusova tried to remove all questions about their participation in individual competitions.

It would still be possible to return to the candidacy of Elizaveta Tuktamysheva, if the results of the Euro were somewhat different, but now this is a turned page.

It is the students of Eteri Tutberidze who have the three best results of the season, so even from this point of view their position looks unshakable.

At the same time, it is not at all obvious which of the three Russians to declare for the team tournament.

More precisely, whom to declare along with Valieva.

The fact that she should perform in the short program is beyond doubt.

Only she has a triple axel in her arsenal, which will definitely be needed in the fight against Japanese figure skaters.

In an arbitrary, different options are possible.

The first is to leave Valieva without a replacement.

As a world record holder in this form, she has the right to show her Bolero twice, and everything will depend on whether the 15-year-old figure skater herself is ready for this.

Valieva is able to score crazy points, which none of the foreigners can even get close to, but at the fifth tournament of the season she took a step back, and this cannot be ignored.

The second is to give Shcherbakova or Trusova a chance.

In a similar situation four years ago, it was decided to keep the girls.

It was only then that the ultra-stable Alina Zagitova was announced in the free program, and now you have to choose between figure skaters who cannot also give clean skates on order.

Both of them both allowed breakdowns and gave out brilliant skates.

However, for Shcherbakova and Trusova, the concept of “failure” does not at all mean the same thing as for other skaters.

Their worst performances of the season still scored higher than the best of any of the foreigners (with the exception of Trusova's performance at the September US Classic).

This slightly makes the choice between the two athletes less painful, but does not finally decide the issue in favor of one of them.

Will Boikova and Kozlovsky get a chance?

The easiest FFKKR should be with the choice of sports pairs.

There is already a ready-made squad for the Olympics - these are Anastasia Mishina and Alexander Gallyamov, undefeated in the last eight tournaments, their classmates Alexandra Boikova and Dmitry Kozlovsky, as well as veterans of the national team Evgenia Tarasova and Vladimir Morozov.

The medals of the European Championship for all of them became a guarantee that it is not at all necessary to involve any other pairs in the formation of the composition.

But, just like the girls, you need to decide on the application for the team tournament.

Only here the option with a replacement can hardly be discussed.

Now only Mishina and Gallyamov are able to fight the Chinese couples, from whom you can expect anything at the home Olympics.

In addition, the organizers decided that this sport was worthy of completing individual competitions, so that after a tense team competition, couples would have enough time to start fighting for Olympic medals with renewed vigor.

Previously, the need to spend replacements specifically on pairs was explained just by a short break between two tournaments.

At the same time, if in the women's skating the Russian team can have quite adequate replacements, then in the doubles there are no more.

That Boikova - Kozlovsky, that Tarasova - Morozov can at any moment make a mistake of varying degrees of criticality, which anyone will forgive, except for all the same Chinese duets.

Is it worth the risk, when in women's or even men's skating a replacement may be much more necessary?

In ice dancing, the trio of Olympic participants is also almost certain.

Before the Olympic season, hardly any bet was made on them, but now it is difficult to imagine the national team without this young couple, who, after a worthy performance at the European Championship, there is still no one to replace.

But the winners of the continental championship may still need a replacement, at least in the team tournament. It's no secret that Katsalapov has to perform with a back injury and, because of this, sacrifice individual tournaments. In the worst case for himself, he can be completely without the Olympics, at best he can endure it all, and in the best case he can perform rhythm dance in the team and then focus on trying to throw Gabriela Papadakis and Guillaume Sizeron off the pedestal.

In the past, it would have been difficult to find an equivalent replacement for Sinitsina and Katsalapov, but this season she appeared.

Stepanova and Bukin got close to their more titled compatriots, and it was in the free dance necessary for the national team.

In Tallinn, they were separated by a little less than three points - this is quite small, given that the next in the ranking of Italians Charlene Gignard and Marco Fabbri had another five points less.

Stepanova and Bukin managed to achieve the main thing this season - both in terms of total results and in certain types of dances, they took third place in the world.

This has not happened to Russian duets for a very long time.

Such progress cannot but please the fans and be rewarded with a chance to win the gold of the team tournament.