The Djokovic case reaches Spanish politics: will he be able to play in Madrid?

The siege tightens on Novak Djokovic, who upon his arrival in Belgrade, after being deported from Australia, knew that he would not have Paris left either in his eagerness to continue competing in... 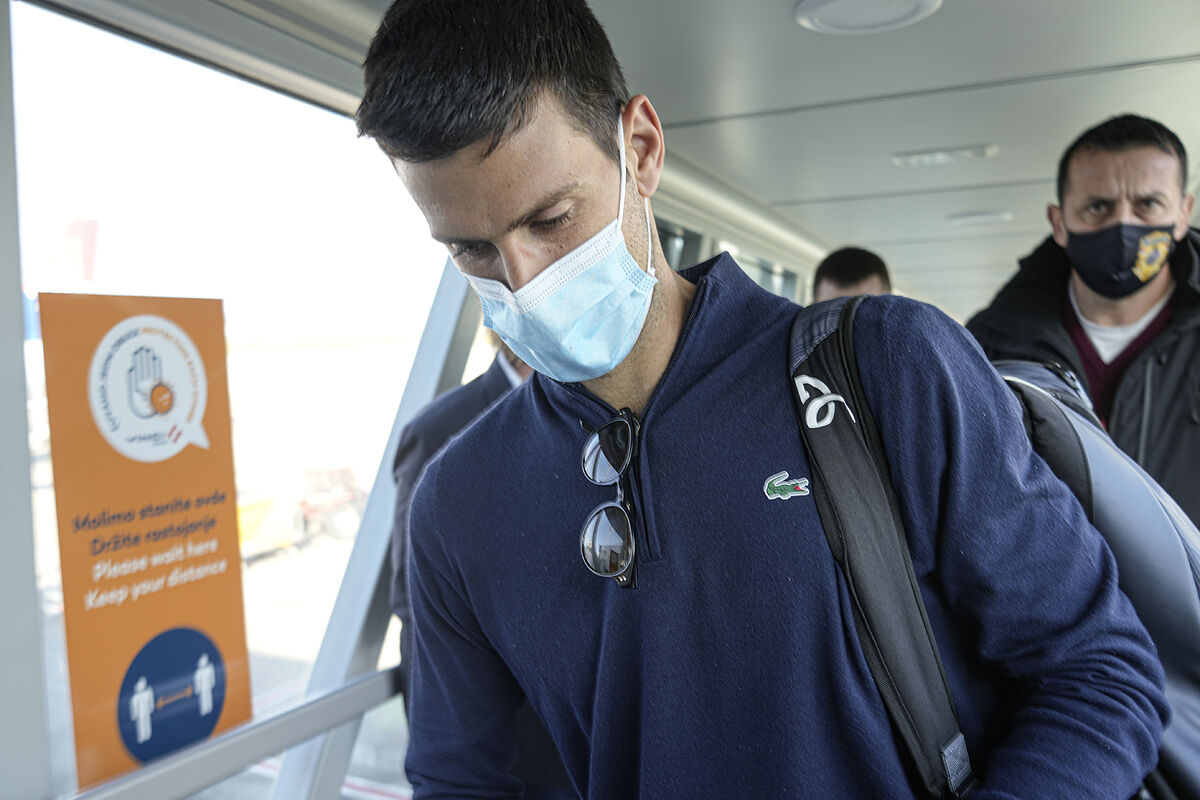 The siege tightens on

, who upon his arrival in Belgrade, after the deportation from Australia, knew that Paris would not be left for him either in his eagerness to continue competing in the big tournaments without getting vaccinated. Roland Garros will have to reverse its permissive policy with athletes after

, Minister of Sports, rectified her words from a few days ago. The number 1 in the world could enter the country, but not play the second Grand Slam of the season, once the Parliament adopted a bill that will impose the vaccination certificate for many activities of social life, which includes sports shows.

This was stated by Maracineanu on his Twitter account. The apparent permissiveness of the French authorities was surprising in the face of the situation that the country is going through with the pandemic and after the statements of its president,

, on the 4th in the newspaper

, in which he expressed his desire to “emmerder” the unvaccinated, a verb that can be translated as "annoy" or, more precisely, "fuck", the unvaccinated. Roland Garros had stayed something like that on the spoiled land in the four Grand Slam tournaments, given the requirement of the complete vaccination schedule both at Wimbledon and at the US Open.

Champion on Parisian soil in 2015 and 2021, Djokovic will have to reconsider his refusal to be vaccinated even though he has had Covid twice.

The consequences of his reluctant attitude will lower him from the fight undertaken to finish his career with the largest number of Grand Slam titles.

Right now he is tied at 20 with

, but not only will he not be able to play his best asset, in Australia, where he has nine titles, but he will also be banned from participating in the other three.

Lacoste thinks about it

The complications do not stop there, but

, his main source of sponsorship, issued a statement on Monday announcing: "As soon as possible we will speak with the player to review what happened in Australia." The contract with the French firm, which brings in 8.2 million euros a year, ends this year. Another of the leading brands of the Serbian player is

, which has not yet been announced.

The Madrid City Council, meanwhile, through its mayor,

, gave the go-ahead to Djokovic's presence at the Mutua Madrid Open next May, considering it a "great claim for the tournament." Hours later came the response from

. who, at the press conference after an event held with German Foreign Minister

, stressed that, without the intention of arguing with the mayor of the Popular Party, that if the Serbian wants to play in Madrid "he has to comply with the rules." The deputy mayor of the capital,

, recalled that Spanish regulations "would admit" Djokovic's entry into Spain and was "concerned" because the tennis player is now "a claim of anti-vaccinism."

Australian Open 2022Nadal shoots with a comfortable victory against Giron

Tennis Nadal's acceleration and Djokovic's doubts: this is the uncertain start of 2022 for the two stars