Palicka sad after the effort: "One of my worst matches"

Andreas Palicka, 35, saved only three shots in the fateful match against the Czech Republic. Afterwards, the veteran apologized. - Of all the matches I played, few have been this bad, he says after 27-27. 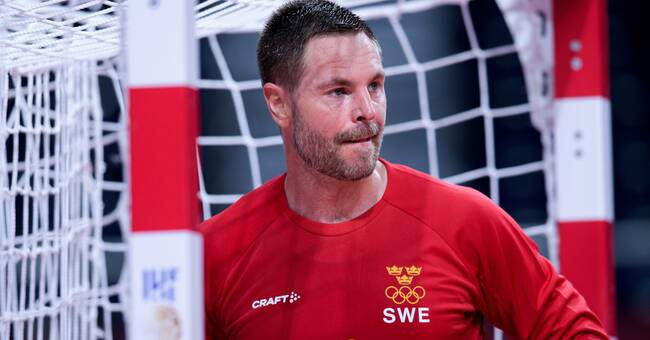 But in the fateful match against the Czech Republic, the 35-year-old did not have a fun day between the posts.

In the first half, Palicka saved three shots and then had to start side by side at the beginning of the second in favor of Peter Johannesson.

After a few minutes, however, he was back, but continued to feel heavy.

Sweden tore out on the field and needed at least one point for the European Championships not to end already in the first group game round.

But they received no further help from Palicka.

Although it ended 27-27, he did not stand for a save in the second half.

Afterwards, despite the advancement, he was depressed.

- Today I have to take a lot of responsibility.

There were far too few rescues.

It is below the level I should perform.

With that, I put the team in a stressful situation when I do not take what I usually do.

Then the match will be as it is.

We still manage to tie the knot and win and that is a strength, he says.

- We must be positive about it.

But my own achievement is just to forget.

It sometimes happens in professional sports.

There is really no explanation for that.

It will look different in the main round.

We will start the goalkeeper game.

I know what I can do and this is not the norm.

We are a team that stands together regardless.

We will help the goalkeepers so they have a sense of security to save the balls.

We will talk about that and take it with us going forward.