Garpenlöv on the Olympic dropout: "Respects it"

Frölunda's 18-year-old back talent Simon Edvinsson chooses to give up the Olympics if he is selected. - If he feels, I respect it, absolutely, says Tre Kronor's national team captain Johan Garpenlöv. 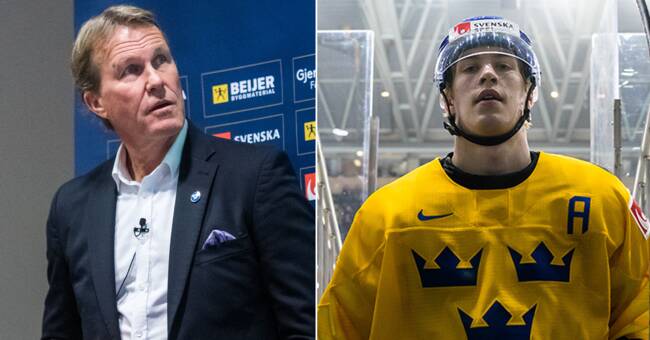 It was SVT who this weekend revealed that Frölunda's back talent is not available for the Olympics.

Edvinsson was the first Swede in the NHL draft this summer when he was ranked number six by Detroit.

He has not made an international appearance in Tre Kronor yet.

According to SVT, Simon Edvinsson refers to the tough quarantine rules in Beijing, but above all the spring and summer sporting challenges:

- I want to focus on Frölunda and a JVM this summer.

The Junior World Cup in Canada was canceled due to the spread of infection during the Christmas weekend, but the International Ice Hockey Federation has opened to play the tournament this summer instead.

Tre Kronor's Olympic squad will be presented on Friday and Garpenlöv confirms that Edvinsson was relevant and is on the so-called "longlist" that the team must notify in advance with current names.

- He is one of the players on the list and for me it will be difficult to say no to something you have not been selected for.

But if he feels, I respect it, absolutely, says Garpenlöv who has not received any message directly from Frölundabacken.

Edvinsson is the second player to say no to the Olympics.

He actually ended his national team career after the 2018 Olympics.