CAN-2022: heroic, Sierra leone obtains the draw against Côte d'Ivoire

After holding Algeria to a draw, Sierra Leone snatched a draw against Côte d'Ivoire on Sunday. A feat that allows him to hope to qualify in the round of 16. 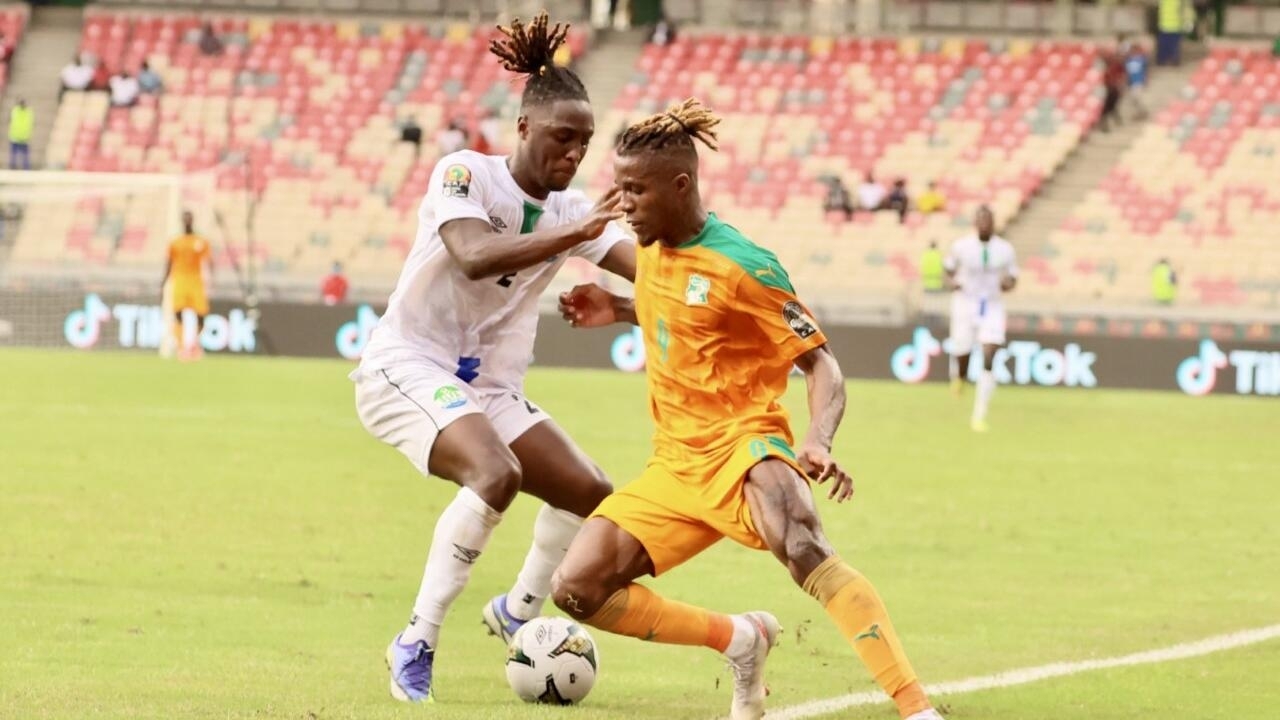 Two leaders from the continent and two points taken.

It's a safe bet that Sierra Leone did not even imagine signing this feat on the evening of the draw for the African Cup of Nations (CAN) which had placed it with Algeria and the Côte d' Ivoire in group E. However, thanks to the draw snatched from the Elephants on Sunday January 16, the Stars of Leone can hope to qualify for the rest of the competition.

Côte d'Ivoire had yet taken control of the match from the kick-off.

Wilfried Zaha collapses in the opposing area but the Senegalese referee, Maguette Ndiayene does not flinch.

Unlike a few minutes later, where he was mowed down by Mustapha Bundu (4th).

The free kick, executed by the former Niçois Seri, gives nothing.

The Elephants seem determined to open the scoring from the penalty spot.

If a virile intervention by Wright on Nicolas Pépé does not make the referee react, the third fall in the area is good for Côte d'Ivoire.

It is without counting on Mohamed Kamara who pushes back the penalty to prove that his performance against Algeria was not just a stunt without a future.

Opportunities and blunders in the last gesture follow one another on the Ivory Coast side.

But, while the Sierra Leoneans finally seemed able to contain the orange assaults and attempt their own offensives, Sebastien Haller opened the scoring.

Served in the center by Wilfried Zaha, Ajacide takes the goalkeeper on the wrong foot (25th, 1-0).

As in their first match, the Ivorians lower their foot after the opener.

They leave the opportunity to their opponent to play the game to better counter him.

However, by letting the Elephants play too much, they almost get tricked.

The Stars of Leone get their first big chance with Mohamed Buya Turay who finds himself face to face with Badra Ali Sangaré.

The Sierra Leone winger sees his strike with the flat foot intercepted (38th).

Upon returning from the locker room, the two goalkeepers shine on an outing.

Sangaré will intercept a long pass in the back of the defense with the chest before Kamara makes a daring exit at the feet of Wilfried Zaha (53rd).

On a free kick, Nicolas Pépé rolled up a very nice shot which grazed the upright but, in the minutes that followed, it was Musa Noah Kamara who surprised everyone.

Fortunately for the Ivorians, it only takes a few minutes for Nicolas Pépé to put his people back on the path to victory.

Following good work from Sébastien Haller on the right side and a throw-in from Ibrahim Sangaré, the Arsenal striker lodges the ball in the side net (65th, 2-1)

Nicolas Pepe restores the Elephants lead with a low strike into the bottom corner!

Ivory Coast is forcing to make the break but Mohamed Kamara does not let it go.

And when it is not the Ivorian goalkeeper who shows skill, it is the Ivorians who show clumsiness like Traoré who sends an unmissable ball into the sky of Douala (78th).

The heroic defense of the Sierra Leoneans allows them not to concede additional goals.

And, suddenly, at the last minute, on a failed setback, Sangaré unnecessarily saves a corner.

The ball is passed back to Alhaji Kamara who equalizes (90th, 2-2).

Held in check, the Ivory Coast will have to wait for the game for Algeria to officially qualify for the round of 16, although, with four points, it is reasonable to think that the Elephants are almost certain to at least appear among the best third who are drafted.

As for Sierra Leone, they can make an impression: their last match against Equatorial Guinea is on paper the most affordable