Punished after criticized the tackle: "Not good when you do so"

Tony Sund lowered Vilmos Gallo with a nasty tackle. Now the Rögle player is punished. The defender will be suspended for two matches and will be fined SEK 32,153, the disciplinary committee announces. 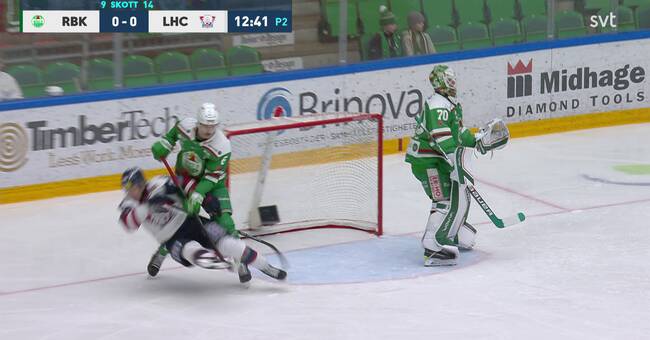 It was on Thursday that Rögle's Tony Sund tackled Linköping's Vilmos Gallo.

Sund raised the club and hit Gallo in the face.

The investment was reviewed but went unpunished.

Now, however, the Rögle player has to pay.

Sund will be suspended for two matches and will be fined SEK 32,153.

He thus misses Rögle's matches against Frölunda and Timrå.

SVT expert Håkan Loob was not impressed by the tackle and commented on it as follows in Hockey Night:

- If you look at the replay, it is very clear that it is straight up on the jaw.

Had probably wanted to see that he had been sent off in the match, then we will see what the aftermath will be.

But it's not good when you do that to the face.

There can be severe injuries.