Frida Karlsson lowered Jessie Diggins in the Tour de Ski, when she defeated the American. Afterwards, she did not want to talk much about it. But now she writes on her blog that there were many who were angry at the Swede - which Diggins does not even mention by name. "The whole World Cup was angry," she writes. 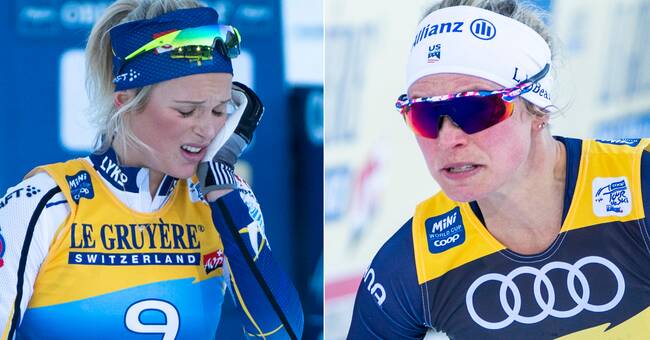 Frida Karlsson stepped out in front of Jessie Diggins in the quarterfinals of the classic sprint in the Tour de Ski on New Year's Day.

Diggins fell, became last, fought bloody and went out - and was annoyed afterwards.

Now she has written about the incident on her blog - without mentioning Frida Karlsson (who was last judged in the current quarterfinals, and then broke the tour) on a single occasion in the over 3,000 long words blog post about the Tour de Ski.

"Let's be honest about the classic sprint: It's not fun when people do not follow the rules, and the result is that your tour becomes much, much more difficult.

You can not get around it.

But the thing is that it is not possible to control what people around you do ", she writes, and then says that she felt a great support from her opponents:

"It was pretty easy to get rid of my frustration when the whole World Cup was angry on my behalf.

Almost united anger is a great thing to witness, and I felt a great support from everyone around me.

Frida Karlsson admitted after the current situation that she was to blame.

I ended up wrong.

It's my own fault.

That you should always put yourself in these situations, she said.