Loob about Jörgen Jönsson: "It is a very good name"

Jörgen Jönsson leaves his Swiss club after the season - and is rumored to be in Växjö. A good coaching solution for the reigning SHL champion, says SVT Sports expert Håkan Loob. - Jörgen Jönsson is a very good name, he says in Hockey Night. 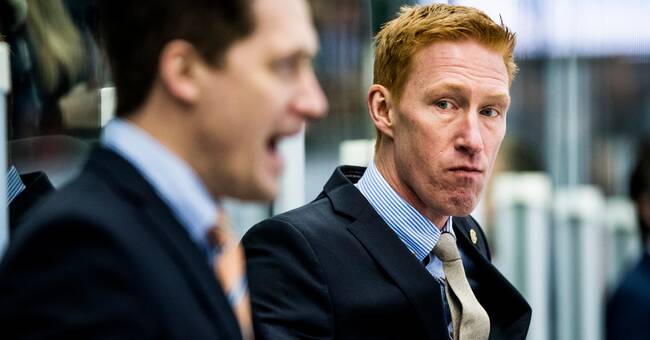 Earlier this week, Expressen came with information that it will be Jörgen Jönsson who succeeds Tre Kronor's future national team captain Sam Hallam as head coach in Växjö.

Today, Jönsson's current club Davos also announced that the Swede will leave his role as assistant coach after the season.

“Jörgen Jönsson has for the first time been offered a job as head coach in his home country Sweden.

To take advantage of this professional opportunity, but also for family reasons, Jörgen has asked HC Davos to terminate his contract ", the club writes on its website.

Now a lot points to Växjö, where Jönsson was assistant coach for two seasons.

- It is not directly surprising.

I think Växjö knew at an early stage that Sam (Hallam) would leave.

Then you looked directly, Jörgen Jönsson is a very good name.

He has been an assistant coach in Växjö, which makes it easy to turn to him.

He has great experience of being an assistant, but now Växjö thinks that the head coach job is open just for him, says Håkan Loob.

How happy would you have been to see him in Färjestad?

- Jörgen Jönsson is always a Karlstad and Färjestad guy.

I can probably feel in the future that this may be a name for Färjestad, says Loob.

Hockey night and more episodes of Powerbreak can be found on SVT Play.