On Thursday, Josefin Taljegård enters the European Figure Skating Championships in Estonia and then begins her last hunt for a ticket to the Olympics in Beijing. She aims for the dream limit of 192 points but takes one championship at a time. - Of course I would like to come to the Olympics, who does not want that? But first I want to be here and now, says Josefin Taljegård to SVT Sport. 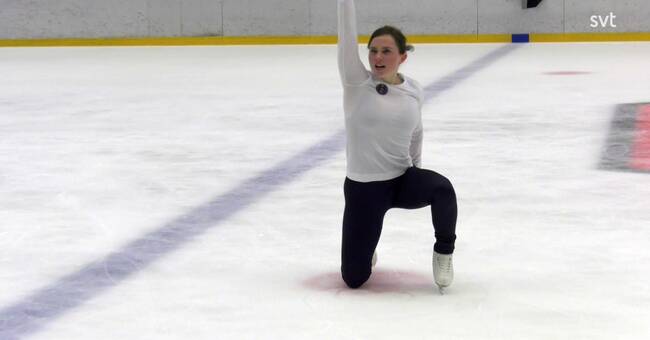 There are 192 points in total in the short program and the free program that applies to safely get the go-ahead from the Swedish Olympic Committee.

- I can not influence how SOK judges, but I hope they choose to use the places that me and Nikolaj Majorov have qualified for Sweden, she says.

It was at the World Cup in March 2021 that she and her male national team colleague qualified for two Swedish places at the Olympics.

While Nikolai Majorov finished 23rd in the free program, Josefin Taljegård took a fifteenth place when she stayed on the then personal record 178.10.

During this season, the points have continued to rise.

At the genre rehearsal before the European Championships, she polished the record up to 182, 10 points from a clear Olympic ticket.

- It feels very good to have it with you.

I made a mistake then that I have not made in 10 years so I think there is a chance to get up to 192 at the European Championships, says Josefin Taljegård to SVT Sport.

She got her big international breakthrough at last year's WC at home but is now doing her first EC.

Even if the Olympic ticket is within reach, she wants to focus on the championship that is closest in time.

- Every competition is an experience and I do not want to miss this one because I think about the next one or what might happen.

The card program for women runs on Thursday and the top 24 then go on to the free program on Saturday.

Nikolai Majorov rides his short program on Wednesday and if he goes on from there, he rides the free program on Friday.