Jon Rahm's long-awaited return: "I just wanted time to be a father"

It's been 83 days since the number one golf player exploded from exhaustion in the best season of his career. &amp; quot; Now I don't want to see a golf club &amp; quot;, said Jon Rahm ... 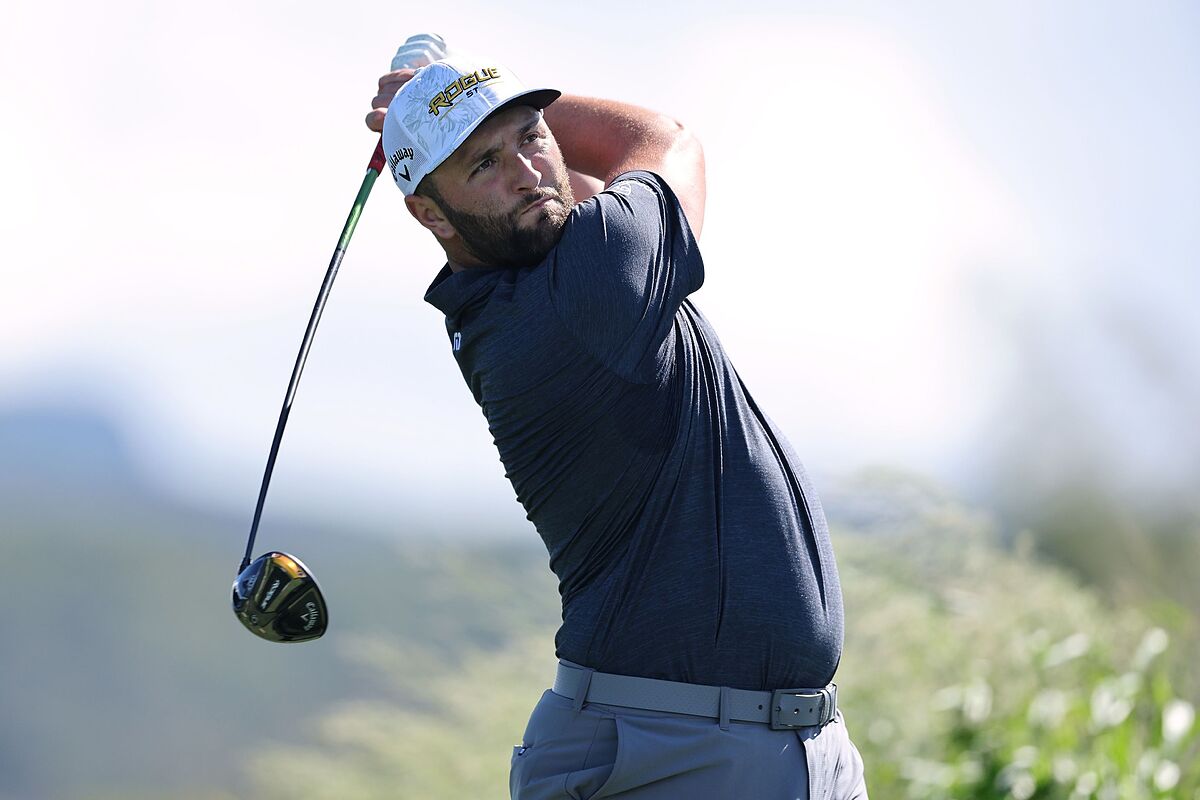 It's been 83 days since the number one golf player exploded from exhaustion in the best season of his career.

after failing the cut in Valderrama on October 15, just finished 2021. "I need to rest."

More than a statement, it was a plea.

"I am very well, rested in body and mind

," were his first words at the press conference in Kapalúa (Hawaii), where the Sentry Tournament of Champions, a millionaire event reserved only for 2021 winners, will be playing since Thursday. A total of 38 players compete in the season-opening tournament on the PGA Tour, where just over eight million dollars will be awarded.

Jon began by analyzing the

causes of his wear

"The fatigue has accumulated since June 2020. I played very well all season, I won and finished with the Masters in November. Then came the change of material and, when you are supposed to rest, it was when I had to work hardest" he explained.

the most intense season

arrived : the positive in Covid, the number one in the world, his first

(US Open), his first son and the demanding Ryder Cup. "When I finished The Ryder Cup was exhausted, not just for the last four months, but for the entire year and a half before. And after playing in Spain I needed to take a break, for myself and my family. "

And Rahm decided to withdraw from golf for a long period for the first time in his entire life.

The first two weeks he didn't even get close to the bag, he did maintain his physical tone in the gym, but no sticks.

He just dedicated himself to being a father

"I just wanted time to be a father and husband and I am very glad I did. Since my son was born we had had help, but he cannot take care of me because I was competing. So I enjoyed having to wake up at night, and take care of my son. , bathe him, "he confessed.

The Rahms spent a season in Spain, where the number one was able to enjoy the gastronomy and his

"Athletic does what it can. We have had a hard time many times, but we will succeed," he acknowledged after having accompanied his team in three games (Sevilla, Betis and Real Madrid) from his partner location in San Mamés.

Before traveling to Hawaii, he also had time to share a day with the children within his

Jon4kids circuit and to finalize his collaboration with the Aladina Foundation

to help children with cancer.

"Of course I saw it, I'm a golf freak. Except for the commercials, I see everything. It was great to see Tiger again. Knowing that he is going to return to the PGA Tour, even if it is not full time, is wonderful. the connection between Tiger and his son is inspiring for a father. Hopefully I can be at that event in the future and compete with my son Kepa, "he wished.

If there is something that the Barrika player does not verbalize, but has in mind, it is the importance of this year 2022 in his career, a season that he considers key to consolidate himself in the elite of golf and sport. Without the Ryder Cup, or the Olympic Games,

, especially two: the Augusta Masters and, above all, the celebration of the 150th anniversary of the Open Championship at the Old Course in St. Andrews, the tournament that more illusion would make him win. "My goal is always to be better than the previous year. It will not be easy, because 2021 was a year where I was consistent, but for that we work," he admitted.

With his life more settled, Jon faces the toughest competition from this Thursday.

In fact, depending on the results he achieves this week, the American

could snatch the number one in the world from him.

Rahm will start his 2022 playing alongside

The final interviewAlmudena Cid: "You believe that love is permanent and you realize that it is not"