Trying to stop the players from the Olympics: "Do everything in my power" 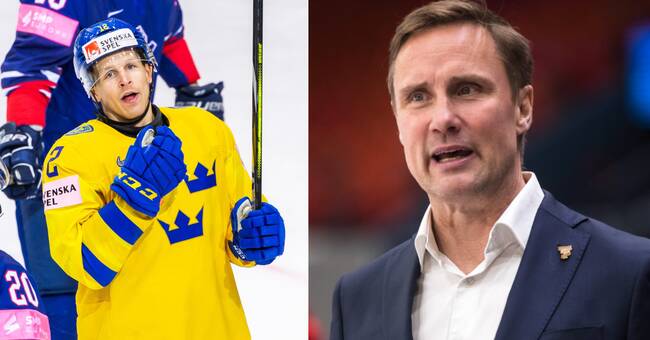 During the period in which Olympic hockey is played, the SHL also takes place.

In Frölunda's case, it is about nine matches - and coach Roger Rönnberg is reluctant to see that up to six of the best players disappear in the final stages of the basic series - or risk being infected and isolated in connection with the games.

- Why is it less dangerous for our players to go there - than it is for NHL players?

We have the same human value as them, don't we?

It's more what I feel in the first place.

And secondly, I am Frölunda's coach - and I want my players in place when we play the most important part of our basic series, he says to GP.

The club's players Max Friberg and Christian Folin tell the newspaper that they would have liked to have played for Tre Kronor in the games, if they had the chance.

If you get such a chance, to represent Sweden in an Olympic game, then I will want to be involved, says Friberg.

Czech Michael Spacek and Canadian Matt Tomkins can also be considered for Olympic selection in their respective national teams - and of course want to go if they get approval from Frölunda.

- It is clear that all players who are selected for an Olympics want to go.

So I understand that.

But then I think it is very strange that it is possible to send European players - but not North American, says Rönnberg.

The Beijing Olympics will be inaugurated on February 4 - and Tre Kronor will announce its final squad there on January 21.