Both clubs went on Christmas break with four straight losses. And today Timrå was strongest when Djurgården was defeated. Sharp conversions were behind the victory to 5-1 - and Pontus Åberg was noted for a goal and an assist. 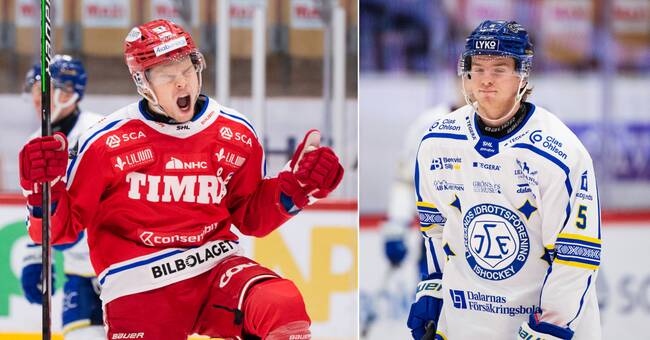 Timrå and Leksand have bumped into each other twice this season and the latter have had to leave with the victory intact on both occasions.

But today they were defeated and Timrå got important points in the bottom battle.

Just six minutes into the first period, Timrå, to the surprise of many, took the lead.

Pontus Åberg pulled away in power play mode and got a nice pass from Sebastian Hartmann to then set the match's first goal.

Timrå could on several occasions skillfully play out and came to positions - but the next goal did not come until the second period.

A turnaround six minutes into the second meant that Robin Hanzl took advantage of a return and scored 2-0.

The overrun then continued shortly after.

Just a minute later it was time for another conversion which was completed by Albin Lundin to 3-0.

The overrun continued in the second period and in minute twelve it was time for Filip Westerlund to score his first goal of the season.

In the middle of the second half also came a fifth goal.

Timrå, who until the day were high-class in the conversions, could in numerical superiority send in 5-1 through Jacob Blomqvist.

That was the end result.

Timrå meets Malmö next and Leksand is visited by Rögle.