Bolshunov's failure in the prologue and sixth place of the Zealous: Russian skiers were left without medals in the sprint at the KM stage

Russian skiers were unable to win medals in the personal sprint at the World Cup in Dresden. In the absence of Johannes Klebo, Alexander Bolshunov had a chance to interrupt his losing streak, but he lacked 0.09 seconds to qualify. Failed the prologue and Natalia Nepryaeva, who showed only 36th time. As a result, only Gleb Retivykh made it to the final, but he had no energy left for the decisive race. 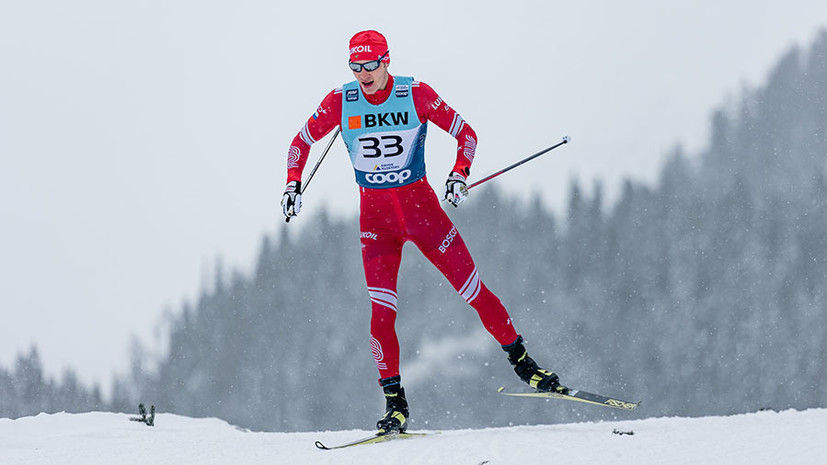 In the ski calendar, one of the two main events of the season is already approaching - the multi-day "Tour de Ski" race.

There are only ten days left until it, and the thoughts of many athletes are already occupied with how they will run along the slopes of the Alps.

The last stage of the World Cup before this usually turns into a purely sprint, with medals in individual and team competitions.

Dresden is traditionally chosen for such a program with its specific street track.

On its short 650-meter circle, there are almost no ups and downs, and because of the narrow track skiers have to be especially careful when cornering.

This year, the World Cup stage in a German city was to be held again at above-zero temperatures, which certainly left an imprint on the state of the snow.

Many athletes decided not to visit Dresden, but to start preparing for the Tour de Ski or immediately the Olympic Games in Beijing.

Basically, the competition was missed by distancers, including almost the entire Russian team, headed by the vice-leader of the World Cup, Sergei Ustyugov.

The Norwegians did the same, sending only their best sprinters.

However, Johannes Klebo, who won two skating sprints this season, was not among them.

Almost the only skier who is more interested in long races than short ones is Alexander Bolshunov.

In Dresden, he had a chance to bypass Ustyugov in the overall standings and significantly reduce the gap with Klebo.

He was even paired with Alexander Terentyev in advance for the Sunday team sprint in order to earn more points at the expense of him.

However, on Saturday, the owner of the "Big Crystal Globe" was in for a huge disappointment.

During qualifying, Bolshunov slipped and nearly lost his balance.

He stayed on his feet, but lost a couple of seconds, and in a dispute with other sprinters, this was critical.

As a result, the Russian showed the 31st time - only 0.09 seconds was not enough for him to continue the fight.

For the fifth time in a row, Bolshunov was left without a medal, and for him this is the longest unsuccessful streak in the World Cup since December 2018.

Only Gleb Retivykh and Alexander Terentyev, who entered the top ten, managed to overcome the qualifications in the men's competition.

Among women, luck was accompanied only by Khristina Matsokina, who closed the top thirty.

Matsokina immediately took the last place in her quarterfinals and finished her performance.

Men confidently overcame the next barrier.

Zealous in his race immediately tried to take a leading position, knowing full well that there would be nowhere to overtake.

As a result, he became the second, letting the Frenchman Luke Shanava go ahead in order to be in the less powerful semifinals.

Terentyev made his way from the first position, overtaking the Norwegian Sindre Skar in the finish line.

The semi-final, in which there were no Russians, really turned out to be rich in names - out of the first six seed numbers, five took part in it at once.

The Norwegian Howard Taugböl and the Italian sprint master Federico Pellegrino managed to go further, while Shanava and his compatriot Richard Juve remained to wait for the results of the second race.

Three Norwegians were in the company with the Retivykh and Terentyev. Finn Hogen Krogh stumbled in the middle of the distance and fell behind early, but Scar and Even Nortug fought to the last. Until the finish, it was not clear who would make it to the final. As a result, Terentyev lagged slightly behind and became the fourth, and two Scandinavian skiers, together with the Retivs, showed exactly the same time, up to hundredths of a second. The three of them went further, and the winner of the first stage of the World Cup had to end the fight.

In the decisive race, the Zealous did not run so well anymore.

Almost immediately he caught a gap, which was impossible to win back on the short Dresden lap.

He ran to the finish line last and took the final sixth place.

The victory was celebrated by Teugbyol, who had never previously won a World Cup.

For women, the fifth in a row gold in the sprint was won by the Swede Maya Dalkvist.