Al-Ain coach, Ukrainian Sergey Rebrov, confirmed that they will work to sign a foreign player in the defense field, to compensate for the long absence of Tunisian international defender Yassin Meriah, whose season ended with the team, after a cruciate ligament injury during his participation with his country against Egypt in a text. 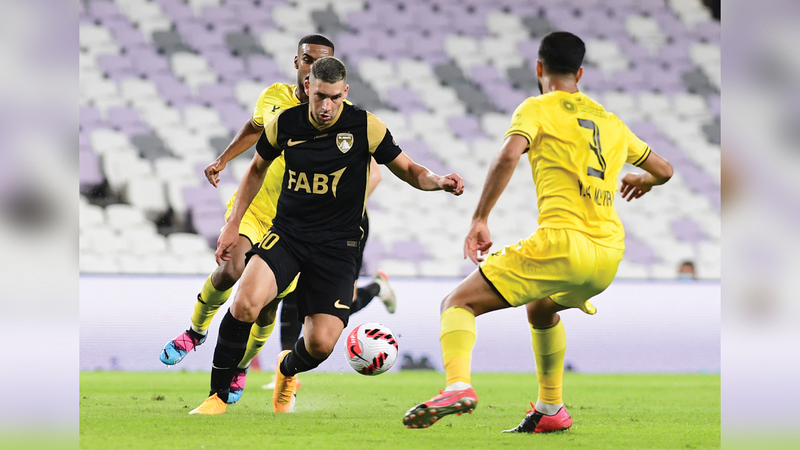 Al-Ain team coach, Ukrainian, Sergey Rebrov, confirmed that they will work to sign a foreign player in the defense field, to compensate for the long absence of Tunisian international defender Yassin Meriah, whose season with the team ended, after a cruciate ligament injury during his participation with his country against Egypt in the semi-finals. Arab Cup Final.

The coach said in the press conference after the 3-3 draw against Al Wasl in the League Cup quarter-final first leg yesterday, in response to his position on Yassin Meriah’s injury: “We hope to attract an alternative player during the winter transfers, and I will talk with the management about the team’s needs in the next stage.” He added, "I am also concerned about Kwame's injury, which he suffered in the Al-Wasl match, and I hope that we understand the situation and the matter regarding injuries is not in my hands."

The impact of the Tunisian defender's absence was evident in the back line in the Al-Wasl meeting, as the three goals came due to defensive errors.

Al-Ain's suffering doubled on the defensive side, with defender Kwame injured, as the player was forced to change in the middle of the second half, as he was a key player in the central defense function next to Meriah.

"I'm worried about injuries," Rebrov said. "This month is particularly difficult because we will play several matches. We are required to deal with all the upcoming matches with a high concentration."

On the other hand, Al-Wasl coach, Brazilian Hellmann, said in the press conference that his team deserved to win, not a 3-3 draw, adding that his team played a good match and his ranks were organized and got opportunities that were enough to change the result, and he explained in the press conference: We came to win In general, we will wait for the decision in the return match in Zabeel.”

The most prominent defender in Al-Ain, Tunisian Yassine Meriah, is absent for a long time due to the "cruciate ligament".

Rebrov is concerned about the new injury that Kwame sustained in front of Al Wasl.