Liverpool continued to chase Manchester City at the top of the English Premier League, with a precious victory over Newcastle 3-1, while the third competitor, Chelsea, fell at home in a 1-1 draw with Everton, today, Thursday, in the 17th round of the game. 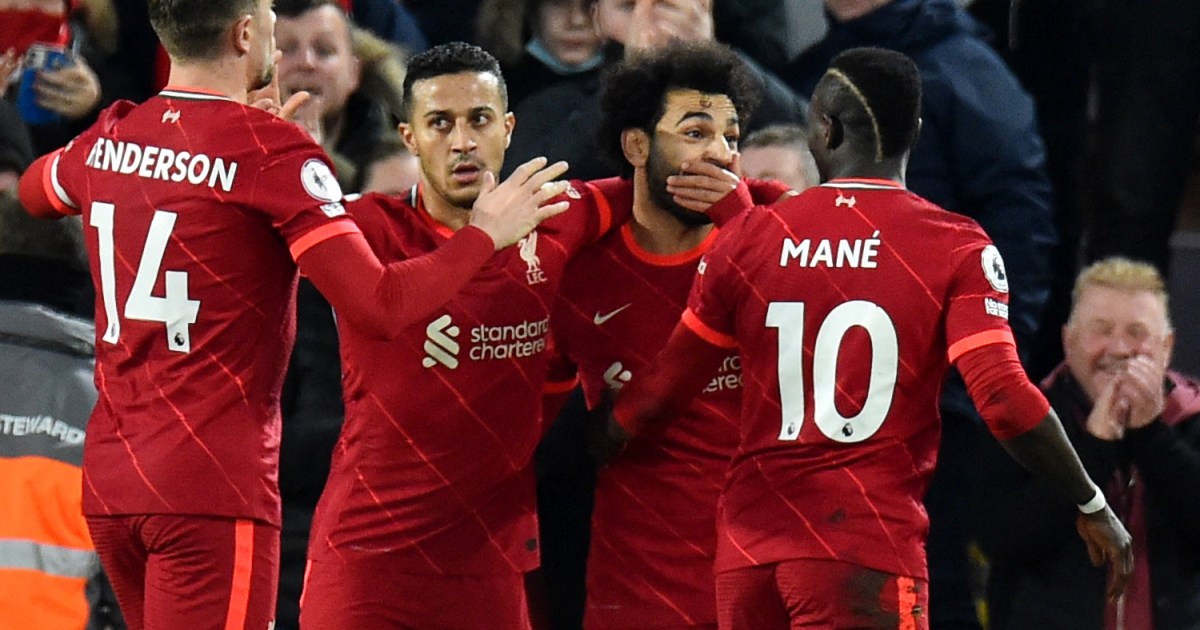 Liverpool continued to chase Manchester City at the top of the English Premier League, with a precious victory over Newcastle 3-1, while third rival Chelsea fell at home in a 1-1 draw with Everton, today, Thursday, in the 17th round of the Premier League.

Liverpool raised its score to 40 points in second place, behind the leaders City by one point, while Chelsea expanded the difference in third place to 4 points, after its score became 37 points.

The defeat of the Reds froze Newcastle's balance at 10 points to sit in the penultimate position, while Everton raised its score to 19 points in 14th place.

Mohamed Salah continued to make history with his Liverpool team, after raising his score to 15 goals as the top scorer alone, as his rivals, Diogo Jota and Jimmy Vardy, occupy second place with only 9 goals each.

The Egyptian star also equaled the record for the most scoring or assisting player in 15 consecutive Premier League matches with Jamie Vardy, who achieved the same achievement when he led Leicester to crown their only Premier League title in the 2015-2016 season.

Newcastle advanced with a surprise goal signed by Jongo Shelvey in the seventh minute, but Portuguese Diogo Jota equalized for Liverpool in the 21st minute.

Salah gave Liverpool the lead, scoring the second goal for the hosts in the 25th minute.

Trent Alexander-Arnold eliminated Newcastle's hopes of at least a point, after scoring the third goal for Liverpool in the 88th minute.

And at Stamford Bridge, Chelsea lacked its main attacking force due to Covid-19, and failed to translate its early control into goals before Mason Mount broke the deadlock in the 70th minute after receiving a pass from Reece James to put the ball past goalkeeper Jordan Pickford.

Mount missed one of the hosts' many chances in the first half.

The visiting team equalized four minutes after Chelsea took the lead through Jarrad Branthuite after a free kick.

Chelsea struggled to add other goals in the absence of Romelu Lukaku, Timo Werner and Callum Hudson-Odoi, who were infected with Corona.