Kamaru Usman has had an exceptional year 2021. He has defended his title of welterweight champion three times in the Ultimate Fighting Championship (UFC), the best martia arts league… 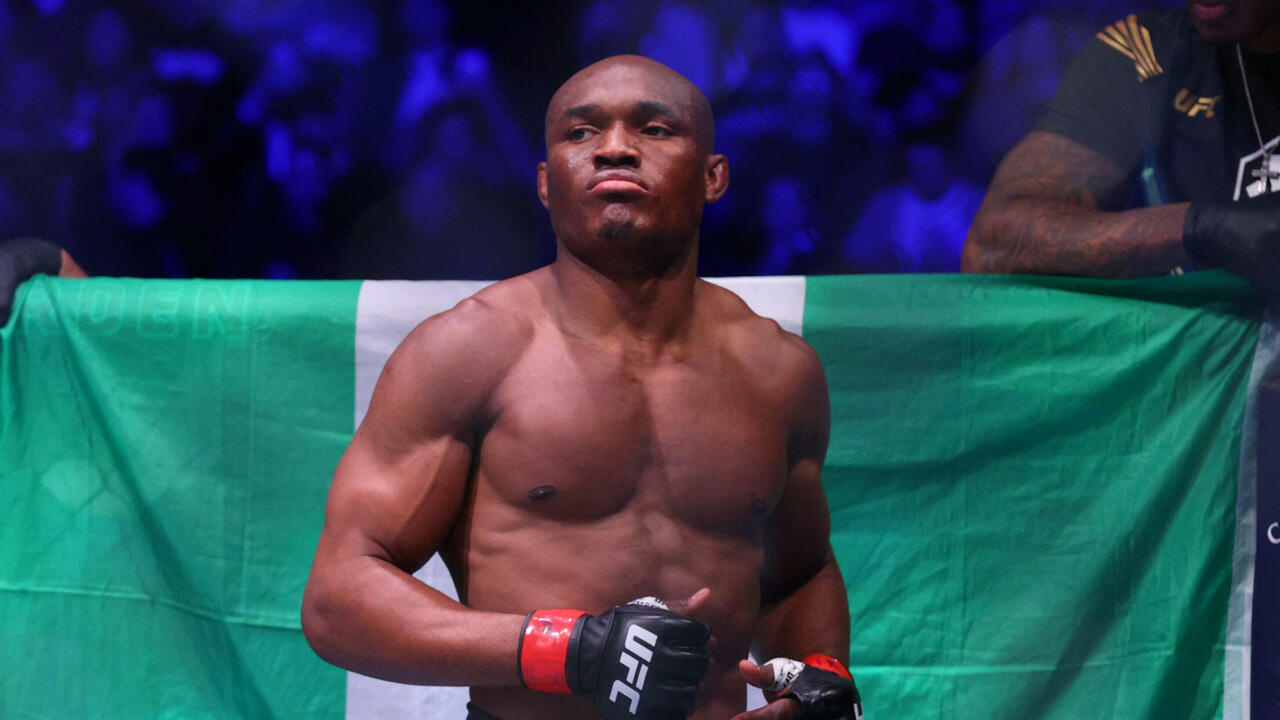 Kamaru Usman has had an exceptional year 2021.

He has defended his welterweight title three times in the Ultimate Fighting Championship (UFC), the best mixed martial arts (MMA) league in the world.

The Nigerian has always overflowing ambition, and wants to mark combat sports with his paw.

Without ever forgetting where he comes from, and to represent his beloved Nigeria in all circumstances.

RFI: Kamaru Usman, you have had a pretty crazy 2021 year with three defenses of your Ultimate Fighting Championship (UFC) welterweight title.

: 2021 has been a crazy year, that's really the right word to talk about the past twelve months.

I experienced so many beautiful things, so many joyful moments and above all, I continued the quest for my mission: to become the best fighter in history.

I won't stop until I get there.

It's going to be on fire again, I promise you.

You've beaten all of your main welterweight rivals, some of them multiple times.

Apart from beating Leon Edwards and one of the rising stars like Khamzat Chimaev again, what do you have left as a challenge in this category?

Yes, I've beaten all of my main rivals, but I'm still hungry, because I always want to keep showing that I'm "the man to beat". The more you win, the more a target you have on your back if I may, and I won't close the door to the possibility of facing Edwards again or another rising star in the category, like Chimaev for example. This category has a lot of guys who are at a really good level, that's pretty exciting to be honest with you. This means that the fight for the belt is super competitive, and it's up to me to show that I am the boss, again and again, fight after fight, of this category. But I'm not closing the door on anything, I'm still young and full of energy (

► To (re) read: Israel Adesanya: "Africa will establish its domination on MMA"

You recently opened the door to a fight with Israel Adesanya, in middleweight, if the UFC puts $ 100 million on the table.

100 million, is that the price of friendship?

The price of friendship? (

He bursts out laughing

). No, our friendship is stronger than that. Maybe it will happen one day, for a large sum but we will have to discuss it together before (

). Israel, he's a brother to me, he's a guy that I really appreciate a lot, and if this fight ever happens, it will be for a lot of money. If that happens and whoever wins this “potential” fight, it won't change our friendship. If I win, he will still respect me as much, nothing will change in our relationship. If he wins, I will respect him as I always have, and I would be proud of him. Not many people have beaten me yet and I would say to them: “

My boy, you brought down a giant, a legend!

He bursts out laughing again

If this fight ever comes to pass, it would be the most followed fight in history, I can assure you.

You are currently the most popular sportsman in Nigeria, in a country where we swear by football ...

It's an honor, especially when you know the passion of my compatriots for football and the Super Eagles monopolize almost all the attention when playing a match or at an African Cup of Nations.

It is the king sport, it is completely understandable that footballers are, a large part of the time, the most popular sportsmen in the country.

But I win, and I shine in an individual sport, so I think I also benefit from that visibility because I win titles and I win in the United States, which is seen as one of the El Dorados for us at home.

I don't know how long this will last, but the support of my compatriots is very, very important to me.

We are talking about a first UFC event in Africa.

Without Kamaru Usman on the map, is it imaginable?

Ah that would be superb and I have to be there, there is no way it will happen otherwise (

)! If the UFC organizes an event in Africa, Israel Adesanya, Francis Ngannou and I have to be on the fight card, that would be just huge! The big headliners, but also young talents from the continent who could show themselves and thus take our place, when we are too old to kick butt (

). If this event happens, it would be the biggest event since Muhamed Ali's fight in Kinshasa and the FIFA World Cup in 2010, it would be really great if it happened and I am wholeheartedly with this initiative.

How do you see this fight?

I can't wait to see this fight, it's one of the dates that I marked on my calendar for 2022. It's going to be quite a shock, two rocks who are really very strong fighters.

Francis is a war machine, he is very, very powerful and he likes to be in “control of operations” mode during a fight.

But Gane is also powerful, and he has a quality that isn't common among UFC fighters: he fights without the pressure of losing, as he seems super confident in his abilities.

But, above all, he fights in each fight with great serenity.

It is a big quality.

Francis is the favorite, but it's going to be a titanic fight.