Tomas Montén had a place open in the junior WC squad when it was presented earlier this week. It was important for Alexander Holtz - if his NHL club New Jersey were to release him. Now the Swedish Ice Hockey Association has received the message: Holtz is released - and he will be the last player in the squad. 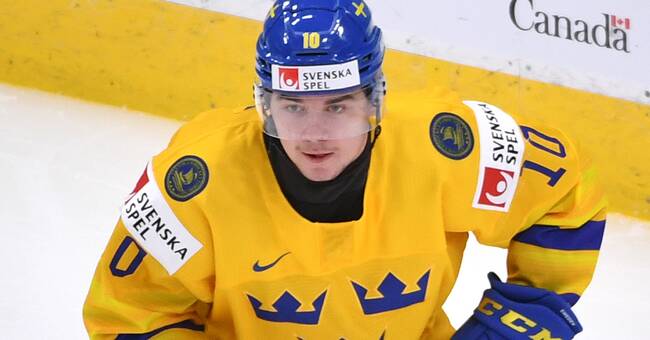 The Swedish junior WC squad was presented the day before yesterday, so a name was missing: The 14th and last forward.

The reason was that the Swedish ice hockey association was not informed if his NHL club New Jersey Devils would release him.

"We are very happy"

Now the message has come: Alexander Holtz will be released, and he will thus be the last man in the Swedish squad, the ice hockey association announces on Twitter.

- We are very happy that Holtz can join and thank the New Jersey Devils team management for good talks, says Tomas Montén, national captain for the Junior Crowns, in a press release.

Holtz has this season made two assists in six games in the NHL, and ten points in as many games in New Jersey's grandfather team in the AHL, Utica.