Dante Exum, more wood for Barça than Jasikevicius: a fellow father of Jordan, a cursed 'draft' and a renaissance in Europe

&amp; quot; It has many of the best players in Europe &amp; quot;, Pablo Laso praises the eternal rival, who since this week has on his squad another talent &amp; quot; of level ... 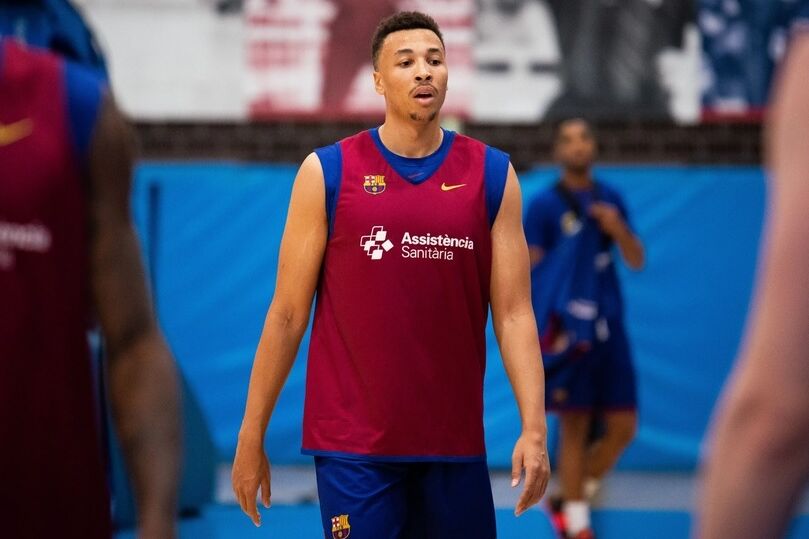 "He has many of the best players in Europe,"

the eternal rival, who since this week has another "world-class" talent in his squad.

is 26 years old and has a career that has already spanned several 'lives'. He was a promise in a damn 'draft', the new jewel of Australian basketball that at the age of 19 played the World Cup in Spain and then jumped to the NBA, where, however, injuries have torpedoed his progression. Now, after playing the Tokyo Games but not finding a place in the Rockets, he goes as a temporary player to a Barça "just a few players", according to his coach.A three-month contract as an opportunity for a guy who does nothing was meant to be a reference.

will be one of the great attractions of this Friday's classic (9:00 p.m., DAZN), the second of the season after the Super Cup final (83-88 for Real Madrid), the 10th since Saras arrived to the Barcelona bench and began to change the trend of the last decade: with the Lithuanian, six defeats for Laso. Barça and Madrid come to the top of the Euroleague, both even in the lead (11-2), although last season the injuries ruined the whites, in the present they are hitting the Catalans hard.

That is where Exum's arrival is explained, despite the club's financial hardships. Saras was suddenly left without three of her outside references and neither

Abrines, Calathes nor Higgins are

going to return in the short term. Because the Australian, despite the flash of his seven NBA seasons, his towering pick in the 2014 draft (fifth by the Jazz), his recent bronze medal at the Games, is a guy in search of a rebirth: A few weeks ago he was fired by the Rockets.

The day everything went wrong for Dante was a summer in 2015, when he was playing a friendly with his national team in Slovenia. He had just played all 82 games as a rookie in Utah, half as a starter, and the ligaments in his left knee were torn. The following season he would not play any game, affecting the curse of that draft, in which other outstanding elections went through a similar physical trance:

Back in the NBA, in October 2017 he suffered another shoulder injury for which he had to undergo surgery. Also in 2019 he had serious problems in his right knee, before being transferred to the Cavaliers, who in January 2021 sent him to the Rockets, where he did not even wear the shirt. That powerful Australian of almost six feet, born in Melbourne to American parents -

, his father, played alongside

at the University of North Carolina and with her won the NCAA title in 1982- , He was never going to be the same, despite not giving up trying.

This summer, with his future in the NBA more in doubt than ever, he again wore the jersey of the Aussie team, with which he won the first Olympic medal in its history.

and company, he showed signs of his recovery: in the nine games, he averaged nine points, 3.7 rebounds and 2.8 assists and stood out for his defense of

in the match for the bronze.

"He is very smart and versatile. I hope he does well and can stay," said

about Exum, more wood for a team made to win everything.