Bayern Munich fires a "mercy bullet" at Barcelona.. Xavi "This is the harsh truth"

&nbsp;Barcelona exited the Champions League after losing 3-0 to leaders Bayern on Wednesday night, failing to cross the group stage for the first time since the 2000-2001 season. 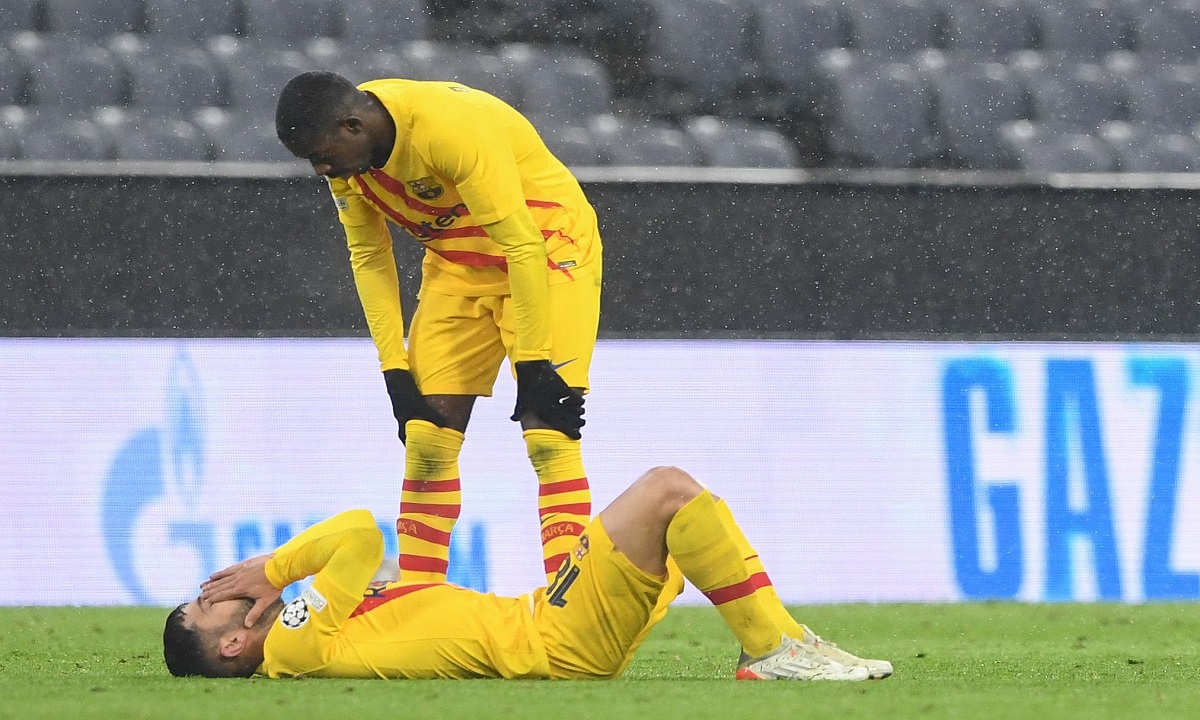 Bayern Munich fires a "mercy bullet" at Barcelona.. Xavi "This is the harsh truth"

Jordi Alba falls to the ground sad after wasting the opportunity to qualify.

Barcelona exited the Champions League after losing 3-0 to leaders Bayern on Wednesday night, failing to cross the group stage for the first time since the 2000-2001 season.

Thomas Muller and Leroy Sane scored in the first half and Jamal Musiyala added the third goal after an hour of play, as Bayern maintained their perfect record in Group E.

Barcelona will move to participate in the European League after occupying third place in the group behind Benfica, who beat Dynamo Kiev 2-0.

This is the second consecutive loss for Barcelona, ​​who did not hit a shot on goal in the second half and scored only two goals in the group stage, in all competitions since Xavi Hernandez took charge of the team.

Barcelona lost to Real Betis in the league last Saturday.

"Bayern was clearly the best," Xavi said. "This is the harsh reality that we have to face. I told the players that this match is a turning point. Today is the beginning of a new era and we have to return Barcelona to the place it deserves and it is not the European League."

"I am sad because this is our reality. We will start from scratch and we have to bring Barcelona back into the Champions League competition. Now I feel responsible. Now we have to win the Europa League."

Despite securing top spot in the group, Bayern coach Julian Nagelsmann fielded the best possible squad in the absence of injuries and refused to rest players after the 3-2 win over Borussia Dortmund in the league on Saturday.

Jordi Alba hit a ball that was easily saved by Bayern goalkeeper Manuel Neuer after seven minutes and Ousmane Dembele fired a ball over the goal.

And that was all that Barcelona did in the match as Bayern began to dominate little by little.

Muller went on the left side in the middle of the Barcelona defense and passed a cross, but it was behind Robert Lewandowski.

And the roles changed, as Lewandowski passed a ball to Muller, who put it with a header in the 34th minute.

Muller became the eighth player in the tournament's history to reach at least 50 goals.

Bayern added the second goal with an amazing shot from Sani from 25 meters that Barcelona goalkeeper Marc-Andre ter-Stegen failed to clear.

Musila concluded Bayern's goals after a pass from Alphonso Davies in the 62nd minute.

After that, Nagelsmann included several reserve players after securing a 3-0 victory over the Catalans in the group for the second time.