Is Sonny Milan's Anaheim goal the most delicious of the year in the NHL?

Sonny Milano accounted for the night's most delicious goal in the NHL. Or rather: Anaheim's Trevor Zegras was responsible for tonight's, or perhaps this year's most beautiful performance. - I'm still shocked, he says. 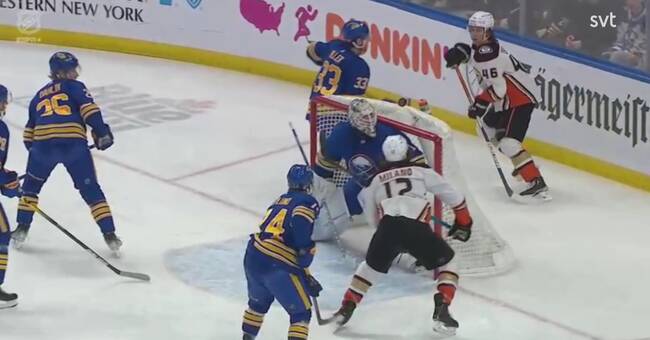 So-called "Zorro goals", where a player puts the puck on the blade and then pulls it, with the puck glued to the club like a floorball, in goal.

But that, or a "lacrosse goal", as it is called on the NHL's hemisda, we saw last night.

Trevor Zegras, who won the junior WC's scoring last season, put the puck on the club last night, and picked it up.

Many probably thought that he would then try to score a "Zorro goal", but instead of going to the end, he lobbed the puck to teammate Sonny Milano in front of goal.

Milan were alert, and shot on tennis - into goal past an astonished Ukko-Pekka Luukkoneni Buffalo goal.

- I have tried it in training a few times, but never in a match.

There are not many who can just hit the air like that, but Sonny manages it, Zegras said at the press conference after the match, where he still seemed as amazed as on the ice, when the goal was a fact: