The verdict of the commissioners was made to wait until 01:37, local time in Jeddah. &amp; quot; The key is that [Max Verstappen] hit the brakes significantly and suddenly (69 ... 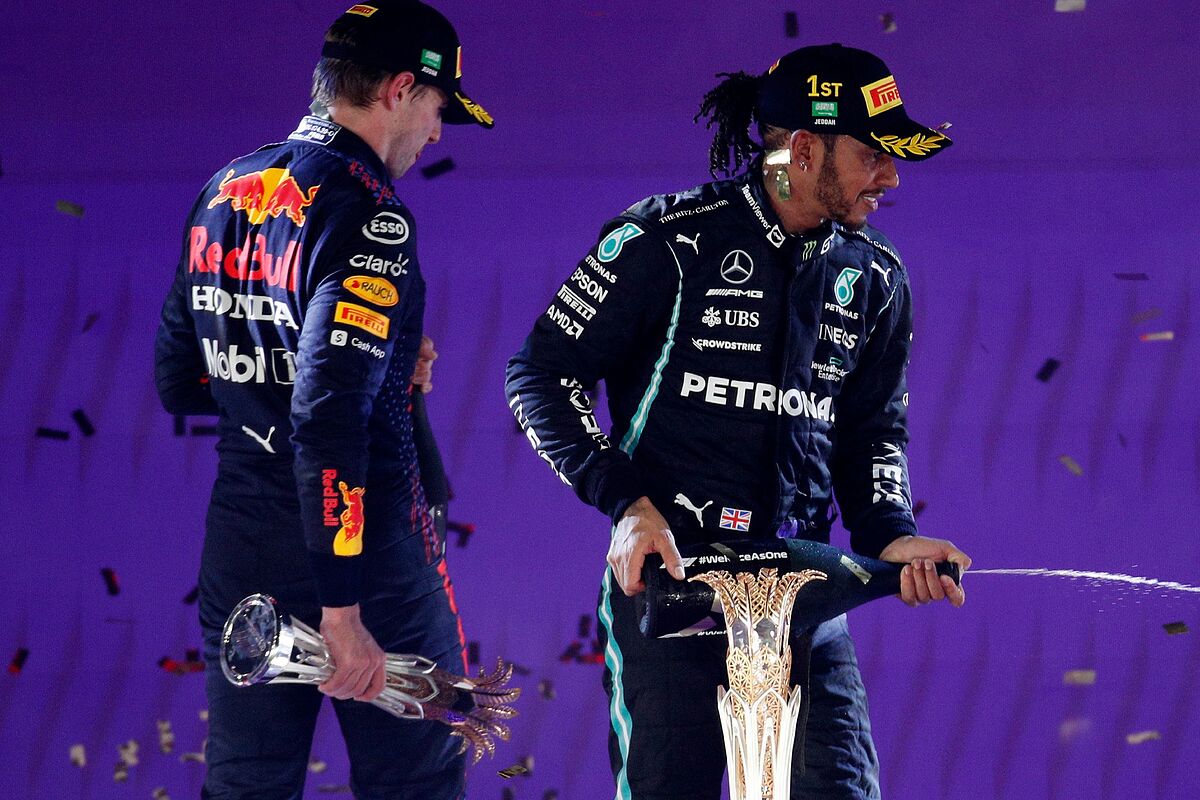 The verdict of the commissioners was made to wait until 01:37, local time in Jeddah. "The key is that [

] stepped on the brakes significantly and suddenly (69 bars), which caused a deceleration of 2.4 G," argued the official FIA note to justify the 10-second penalty for the pilot of Red Bull for his incident with

. The punishment, to which two points were added on the license, does not alter the classification of the Saudi Arabian GP, ​​so the two contenders remain tied before the dispute of the decisive race on Sunday in Abu Dhabi.

The telemetry review was enough for the conclusive opinion of

: "It is determined that the sudden stop was erratic and therefore, the predominant cause of the collision," explained the stewards, who applied the "standard penalty" for violating Article 2, Chapter IV, Appendix L, of the Sporting Code. However, this firmness was diluted a few lines later, when the judges examined the possibility of a previous overtaking. "While we accept that [Hamilton] could have passed [Verstappen] when he first slowed down, we understand why [both] did not want to be the first to cross the DRS line," the FIA ​​statement added.

In that psychological battle to see when Verstappen would return the position was the key in Jeddah. Red Bull had warned its pilot to give way "strategically" and

fulfilled this wish to the letter, drastically reducing his speed in an area where people usually travel at almost 330 km / h. Video footage shows that he lowered the shift lever to third gear. And the telemetry also detected its conclusive stop. The radio message from

, the Dutchman's track engineer, left no room for doubt: "We didn't have to do that, Max."

Hamilton, as he would later admit, was not surprised at this maneuver.

"It seemed like he was doing a braking test. He was trying to let me pass before the DRS zone and then use it himself, but I'm not stupid," explained the Briton into the DAZN microphones.

The conclusion to all this mess is that, when he finally wanted to overtake, the seven-time champion damaged his front wing against the Red Bull car.

The gravity of what happened on lap 37, with its consequent punishment, should not hide Verstappen's other ugly maneuvers throughout the race. The most obvious occurred on the first overhang, when Hamilton came with a clear advantage to the chicane. At that point, despite not having any space, Max did not give his arm to twist and decided to skip the curve on the outside, gaining ground on the outside of the track. After getting back on the tarmac, the Dutchman did nothing to restore his position.

That same point was the scene of another incident at the start of the aforementioned lap 37, just after a stint in

. There Hamilton attacked from the outside and Verstappen, after losing control of his car, ends up causing a situation of obvious danger. The Mercedes driver did enough to dodge a crash that could have knocked them both out.

Despite the warnings he had received on the radio, for more than seven minutes Verstappen still did not return the lead.

Until on lap 42, again at turn 26, the Dutchman raised his foot, correctly, for Hamilton to pass him.

However, only a few meters further on he regained the first square.

According to the regulations, you cannot gain an advantage in the same area of ​​the track.

That is, Max should have waited for another sector of the track to repeat his attack.