The national team captain about Lucas Raymond in the Olympics: "We do not know if he is with"

Lucas Raymond is successful in the NHL - but can miss the Olympics. It still remains to be seen whether Tre Kronor can change the miss in the bridge squad. - The gross list is not official yet, so we do not know if he is with or not, says national team captain Johan Garpenlöv to SVT Sport. 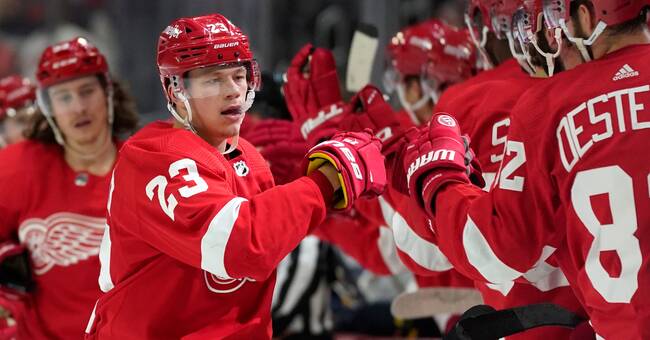 But he risks missing the Olympics in Beijing next year.

According to information to Aftonbladet, Raymond has not been selected.

To get him to the championship, you need an exemption to change the gross squad.

If you get it, the national team captain Johan Garpenlöv still does not know.

- Raymond's to be or not to be at the Olympics, we will take that at the next press conference.

Because the gross list is not official yet, so we do not know if he is with or not, says Garpenlöv in connection with Monday's presentation of the squad for the Channel one cup.

But as the league captain, you have to wish you had a fortune teller sometimes, to see what happens just a few months later…

- As I said, I will return when the Olympic press conference is.

Garpenlöv is impressed by what he sees from Raymond in the NHL.

- He has done very well, to come in as a young promising player and perform like this, few do.

Would you like to take him to the Olympics?

I do not know yet.

It depends on what other players around him do.

We sit and work with the Olympics all the time.

We'll see when it becomes relevant.