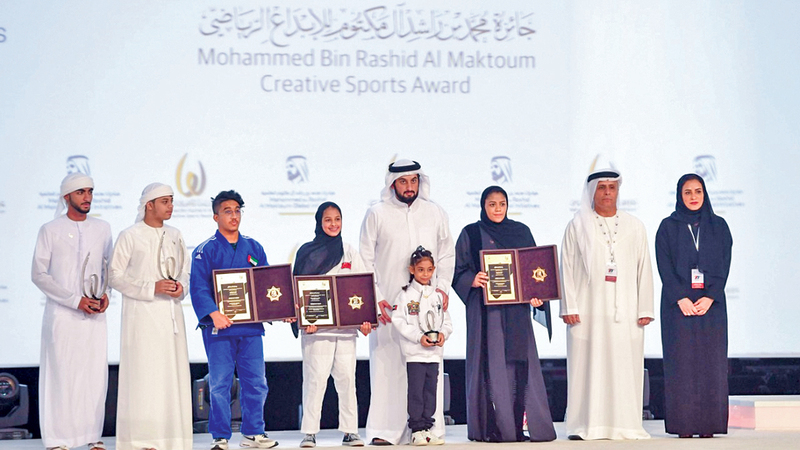 Ahmed bin Mohammed during honoring the winners of the last session.

The award continues to honor creative Emirati youth with outstanding achievements, in implementation of the directives of His Highness Sheikh Hamdan bin Mohammed bin Rashid Al Maktoum, Crown Prince of Dubai, Chairman of the Executive Council of the Emirate of Dubai and patron of the award, and His Highness Sheikh Ahmed bin Mohammed bin Rashid Al Maktoum, President of the National Olympic Committee and President of the Award .

A press statement issued by the award’s board of trustees said: “The award’s board of trustees, headed by Mattar Al Tayer, chose six young athletes with great global achievements, who were chosen by the jury to reach the final stage, and are subject to the public’s vote according to their global achievements, as the results of the public vote will be calculated. And the jury’s decision is divided equally, so that the winners will be honored during the closing ceremony, which will take place on the ninth of next January, according to the final arrangement of the results of arbitration and voting.

• The results of the public vote and the jury's decision are divided equally, to honor the winners.