The confusion after the violation: "Never requested an investigation"

Sweden suspected that Finland had broken the rules and filmed a training session before yesterday's rival meeting. Now the national team captain Niklas Nordén previously denies the information that Sweden has asked the international floorball federation to investigate the matter. 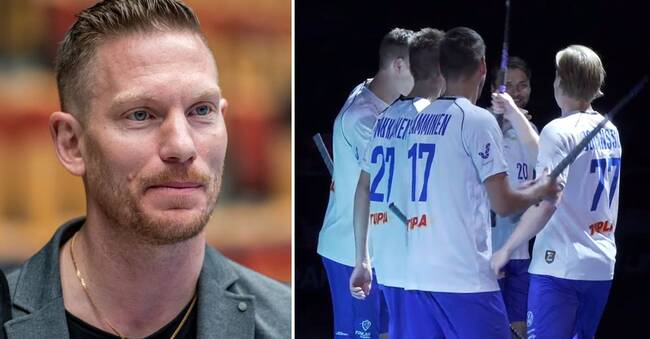 Yesterday came information that Finland has filmed one of Sweden's training sessions before the teams' meeting in the floorball WC on Saturday night.

- Finland themselves say that this is not the case, they claim their innocence, but we are not completely sure but we suspect Finland.

We know that the scam is going on, so we have informed the international federation about this and asked them to investigate, he said then.

Now the national team captain Niklas Nordén denies that Sweden should have asked IFF, the international floorball federation, to investigate the matter.

- We have never requested an investigation and we have not made any report.

On the other hand, we have pointed out to IFF's delegates on the spot that the Finns have set up a camera and that it was on during our entire training, says Nordén to SVT Sport.

Finland has been warned

- We showed them where the camera was and they picked it up fairly quickly afterwards, he continues.

How come you pointed it out but did not report it?

- We probably thought that our training was not so important.

We did not think it was a bigger thing or something to put more energy into than pointing it out so that more nations do not happen, says Nordén.

Despite the fact that Sweden did not write a report, Finland must have received a warning after the incident.