Even before the competition starts, it is clear that Sweden's second team in the men's relay will not finish but break after three distances. "Of course it will be DNF on the team, but they can at least be part of three distances", writes the length manager Anders Byström in a text message to SVT Sport. 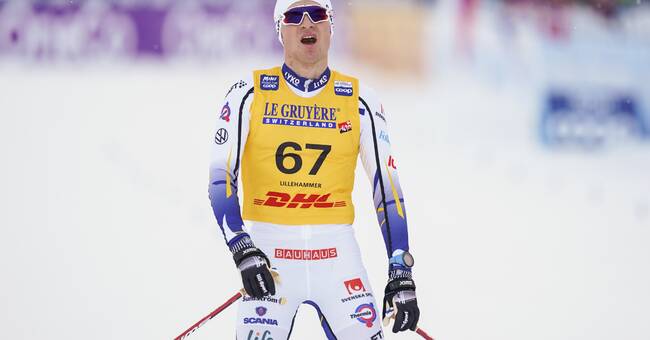 But Jonsson has already gone home and will not start, so there will only be three distances for the team.

"Yes, we knew that, but you have to register an entire team (with skiers who competed this weekend) if you are to start.

It will of course be DNF on the team, but they can at least be part of three distances ", Byström justifies the decision to release the team.

DNF stands for "Did not finish" and means that the team did not reach the finish line.

It is noteworthy that Norway has two very strong teams.

It can be a tough deal with the first team that has: Erik Valnes, Emil Iversen, Simen Hegstad Krüger and Johannes Hösflot Kläbo.