Linn Persson threw the hat in minus 15 degrees

Linn Persson threw the hat after the second shooter when it got stuck in the rifle. Then she overtook two competitors and switched as fifth in the relay over 4x6 km in Östersund. - I could not hold on and fix with the hat but had to pull it off, Persson says to SVT Sport. 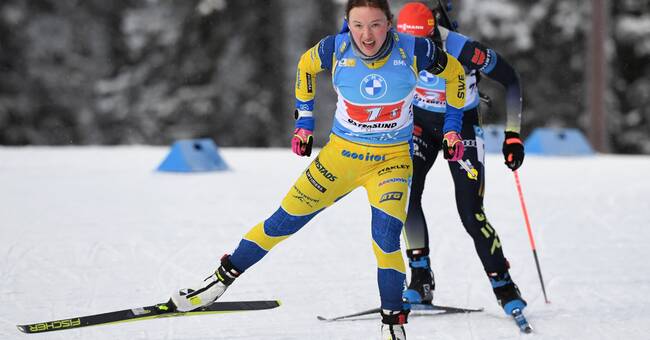 Persson on the first leg had to take an extra shot and went out as 15th after the first horizontal shot.

- I was sure it was a boom but in the end the board fell down, I was a bit lucky there, says Persson about his last shot lying down, which could have given an extra shot.

She went to great lengths to catch up with the rest of the field on her way to the standing shooter.

- Standing, I had a real bender, it was very shaky.

Maybe it was because I pressed quite a lot to catch up on the second lap, says Persson who had to tear off the hat that got stuck in the rifle on the way out on the sprint lap.

- I could not hold on and fix with the hat but had to pull it off.

It was a bit cold (around -15) but now I have to go in and warm up, says Persson who was happy with the feeling in the skiing.

- Today I had cream in my legs and could ski, she says after changing gears just five seconds after the lead.

After having her ears thawed, she could see Hanna Öberg sprint past Norway's Marte Olsbu Röiseland and secure third place.