The problem of the last lap: Russian skiers were left without awards in the "cut-ups" at the KM stage in Lillehamer

Domestic skiers failed to win medals in individual freestyle races at the second stage of the World Cup in Lillehamer. The men's 15 km race was dominated by the Norwegians, who occupied the podium and finished seven out of the top ten. The Russians showed good results in the starting segments, but on the last loop they lost a lot to the leaders. Tatyana Sorina faced a similar problem for women at a distance of 10 km. Natalya Nepryaeva, who finished fifth, became the best of compatriots, and the Swede Frida Karlsson won. 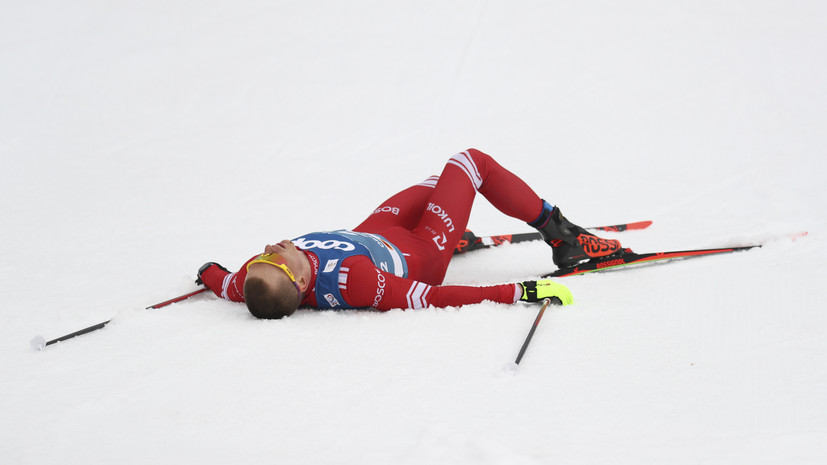 The second stage of the World Cup in cross-country skiing still leaves a rather painful impression on the domestic fans.

If in Ruka the Russians dominated (including the withdrawal of the Norwegians from the men's pursuit race due to severe frosts), in Lillehamer they do not yet shine with results.

The day before, they did not even manage to reach the finals of the sprint races, although in Finland Alexander Terentyev won this distance.

On Saturday, the sad tendency was confirmed in the "cutting" free style.

At home, the Scandinavians took a full-fledged revenge and did not allow anything to their main rivals.

A frightening picture: the men in the top ten had seven representatives of Norway at once.

Of ours, only Alexei Chervotkin managed to break into their company. A native of the Kirov region, he is the only one from the national team who managed not to lose critically a lot on the last loop. The 26-year-old athlete immediately fought for victory, and at the 8.3 km mark he was completely in the lead, ahead of Michal Novak by 0.9 seconds. Unfortunately, in the future he began to give way to rivals literally before our eyes and as a result showed only the fourth result with a lag of 21 seconds from Simen Hegstad Kruger.

The rest of the Russians in the final kilometers looked even worse. They all started quickly, but then lost a lot. It is difficult to say if this is due to the wrong layout, weak form at the start of the season or poor ski performance. The example of Sergei Ustyugov is especially indicative. Up to the mark of 3.7 km, he walked with the first time, and then began to rapidly lose ground. At a swell of 9.8 km, Kruger was ahead of him by 21.9 seconds, by 12 km - already by 44.5. As a result, the two-time world champion was only 24th, more than a minute behind Simen Hegstad.

“I expected to be taller, I wanted to come to the finish line so that I had no strength left, but something went wrong.

There was a plan, and I stuck to it.

After the race, you shouldn't make quick conclusions, you need to see if it is connected with the heart rate, we will think.

The only one who passed exactly - Chervotkin, his "pruha" is unreal ", - shared his impressions Ustyugov.

The current winner of the World Cup, Alexander Bolshunov, also started well and at the 7.4 km mark even led, walking with the future winner in one leg.

But in the second half of the distance, he also began to have serious problems.

It is noteworthy that after the end of the race he complained about difficulties with skis.

“Nothing happened, skis today, it became clear from the start, they didn’t work that way.

I held on for the first two laps, tried to walk with the leaders, I thought I could and the glide would not worsen.

However, today there were not those skis on which one could win, "the athlete said on the air of Match TV.

By the way, Bolshunov lost at the finish not only to Chervotkin, but also to Denis Spitsov, who took 13th place (+ 43.6).

However, such a result is unlikely to help the Olympic medalist to get into the composition at the Olympic Games in Beijing.

As for the Norwegians, they were in no hurry and started the race quite slowly. Kruger and Hans Christer Holund, who took the first two places, did not seek to demonstrate all their capabilities outright, but neatly laid out their forces at a distance and added gradually. As a result, in the second half, they managed to sharply increase the momentum, while the Russians failed to cope with the acceleration of their opponents.

At the last cutoffs, the Scandinavians were already fighting exclusively among themselves, but at the finish, Kruger was still 1.6 seconds ahead of his compatriot and won the first victory in the current World Cup.

The third was another host of the stage, Martin Lövström Nuenget (+ 17.5).

But Johannes Hösflot Klebo, who returned to the national team, confirmed that he is not yet in the best condition, both physically and mentally.

The 12th result, almost 40 seconds behind the strongest, indicates that at the moment one of the coolest skiers of recent years is not ready to fight for the highest places.

The Russians failed the first stage of the KM in Ruka, but it was assumed that Natalya Nepryaeva, Tatyana Sorina and Yulia Stupak would fight for getting into the top three in the “cut”.

And the first kilometers in this regard turned out to be promising.

A very important factor was the competent choice of "fellow travelers".

Sorina managed to do it especially well, she competently settled down behind the eminent Norwegian.

At the same time, Tatyana was not inferior to her a step and kept the pace of the favorite calmly and without unnecessary effort.

On the contrary, the impression was that even Teresa had a harder time.

For two laps, the domestic athlete confidently clung to the current owner of the Big Crystal Globe until she went to the finish line.

At this part of the distance, she lost to the Norwegian by only 11 seconds.

However, in the future there was a serious slowdown in speed.

Alas, there was no talk of any battle for conditional medals (they are not awarded at the World Cup stages).

Tatyana lost not only to Frida Karlsson and Johaug, but also to Brennen, and even to her compatriot Nepryaeva.

So, for a long time, walking in the same legs with the Norwegian skier was only eighth in the final protocol.

Natalia's decline turned out to be a little less serious.

She, unlike Sorina, could not keep the pace of Karlsson and fell behind.

For a long time, the Olympic medalist was inferior to her friend in the national team.

But just in the last kilometers she managed to add relative to her and complete the "cut" in the top five (+ 28.5).

However, it took about 15 seconds to get into the top three.

And the failure on the last loop of Stupak turned out to be especially indicative.

A catastrophic drop in speed led to a fall to 22nd place.

As a result, in addition to Nepryaeva and Sorina from her compatriots, Veronika Stepanova (17th line) and Anastasia Rygalina (19th) were ahead of her.

Below are Lilia Vasilyeva (28th) and Maria Istomina (40th).

Separately, it is necessary to talk about the struggle for the first place, which was immediately led by Karlsson and Johaug.

For almost the entire distance, the Norwegian was in the lead, but 1.7 km before the end, the Swede took the lead.

At the 9.8 km mark, the hostess of the competition regained the first line with a microscopic lead of 0.4 seconds.

However, at the finish line, the 33-year-old glorified skier lost 0.3 seconds.

Just a moment was not enough for her to please the fans and repeat the achievement of Kruger.

As a result, Teresa not only failed to win, but also allowed her opponent to break away in the overall standings, where Frida increased the gap from the main pursuer to 60 points.