Johaug after the loss: "Good for the sport"

Frida Karlsson had to give lots of victory interviews after the tenth victory against Therese Johaug in the lion's ball in Lillehammer. She won after breaking the Norwegian in his best branch - the last uphill. - I need to take another step to beat Frida, says Johaug after the drama. 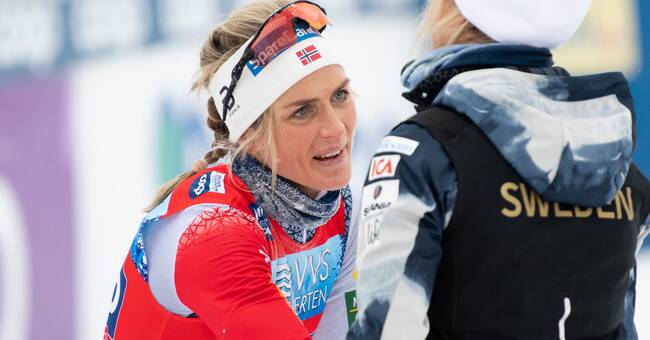 Perhaps the most impressive thing about Karlsson's victory was that she started four minutes before Johaug and it was a tight battle where the lead changed by a couple of tenths or a maximum of a few seconds under the track.

Johaug had Karlsson's times to go on while Karlsson got back times.

- It is very exciting and a hard fight.

She was right in front of me, it was so close.

Was told I was close and it switched back and forth.

I got times and had every opportunity to win, says Johaug who admits defeat to SVT Sport.

She takes it easy for Karlsson to get involved in the show Johaug.

Rather, it spurs Norwegian, which has long been considered unbeatable.

- I am only triggered by being challenged.

I need to take another step to beat Frida.

There are many races left, says Johaug, who praises the young Swedish challenger.

- She has taken great strides and is good for the sport, Johaug analyzes.

Errors in the statistics

When the riders were going up the last hill, Johaug led by a couple of tenths, which was made even more exciting by the fact that the Fis app had an incorrect information for 9.8 km (was actually somewhere just after 9 km)

- It was thrilling and it could have gone anyway.

She (Frida reds note) got back times and makes a good finish from the sprint hill and in, thinks that Therese had a few tenths lead at the bottom of the hill, says Swedish coach Magnus Ingesson.