AIK fell on the finish line - despite victory

It lived right into the final round. But the Swedish Championship gold ends up in Malmö. AIK will be second place in the Allsvenskan. 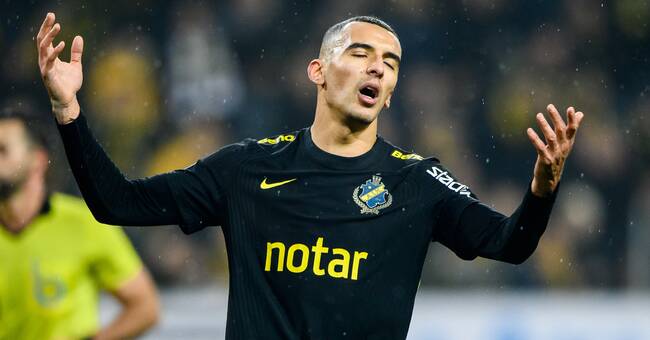 Thanks to two goals in 103 seconds, AIK managed to turn the summit against Elfsborg in the last round and thus kept alive the gold battle.

The conditions for Saturday's meeting with Sirius were clear.

AIK had to win their match - at the same time as they needed a Malmö loss against Halmstad.

But it did not go the way of AIK.

It was a 4-2 victory for AIK - but Malmö also won its match.

The Solna team lands a second place in the Allsvenskan.

And it was a swinging match.

Just before the half-time whistle, the same Stefanelli struck again.

The striker reached the top of a post and nodded in 2-2.

And shortly into the second half, the turnaround had been completed.

Sotiris Papagiannopoulus stayed ahead after a corner by Sebastian Larsson and was able to carefully put 3-2.

But the gathering of power was not enough and AIK does not get any gold to rejoice over.

With the table placement, the Solna team will play Europa League qualifiers next year.