Charlotte Kalla has been a member of the Swedish relay team for 15 years. But tomorrow, the 34-year-old will be kicked out of the first team. 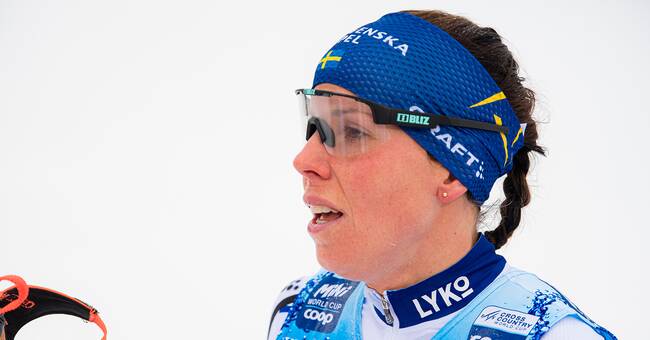 Charlotte Kalla has run 38 relays for Sweden in the Olympics, World Cup and World Cup, since she made her debut in the national team in the spring of 2006.

All the relays she has ridden have been in the Swedish first team.

But after weak results during the first World Cup weekend in Ruka, and a 39th place in Lillehammer today, Charlotte Kalla has to stand aside for the first time and instead drive in the second team.

- I'm not where I want to be physically, Kalla stated after today's freestyle race.

Frida Karlsson, who today cracked Therese Johaug again, and Ebba Andersson were given in advance in the Swedish first team.

They are joined by Emma Ribom and Moa Olsson.

In the second team, Kalla drives together with Louise Lindström, Moa Hansson and Jenny Solin.