Video - Qatar is the first to qualify for the Arab Cup quarter-finals with an exciting victory over Oman.. What does the law say about the killer's winning goal?

The Qatari national team became the first to qualify for the Arab Cup quarter-finals on its soil today, Friday, after its exciting 2-1 victory over its Omani counterpart. 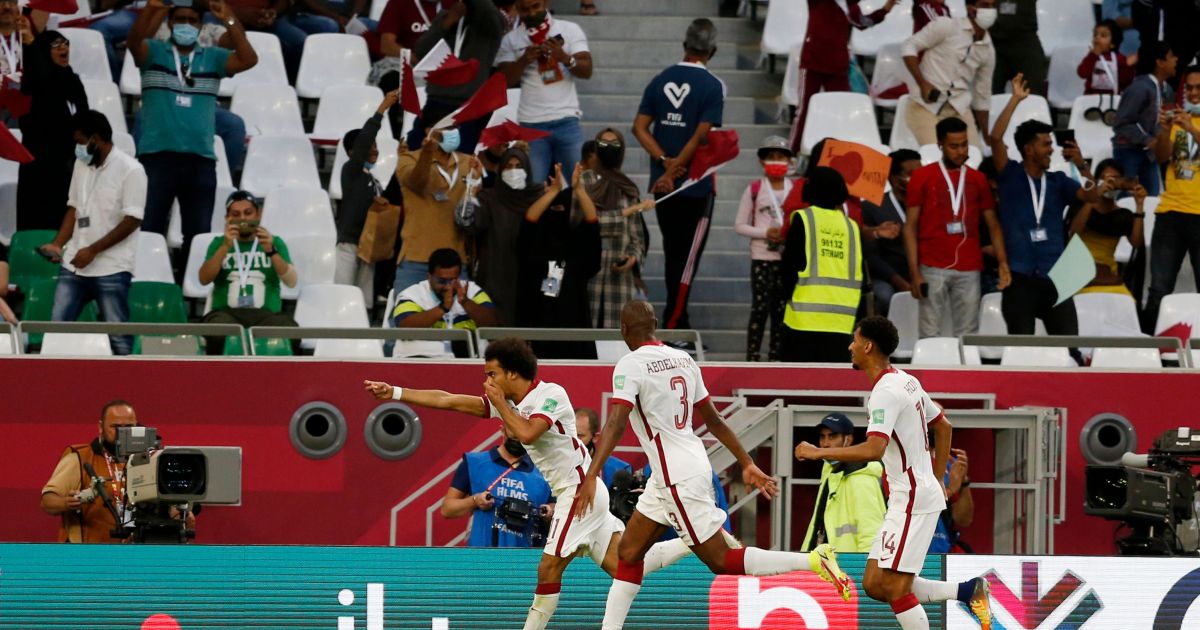 The Video Assistant Referee System (VAR) saved Qatar when it confirmed the correctness of a reverse goal in the eighth minute of stoppage time to win 2-1 over Oman and become the first to qualify for the quarter-finals of the Arab Football Cup on its soil today, Friday.

It seemed that Oman would snatch a point from the Asian champions at the Education City Stadium, which will host matches in the 2022 World Cup, when Khaled Al-Hajri canceled in the 74th minute Akram Afif's lead in the first half with a penalty kick.

But Oman defender Fahmy Durbin headed the ball by mistake towards his own goal and the ball crossed the line.

The referee initially indicated that play would continue, but the video referee confirmed the correctness of the goal after reviewing the shot at the exciting end of stoppage time.

Is Qatar's winning goal was correct?

The football law states that the ball must cross the goal line in full rotation between the posts and under the crossbar in order to count a goal, and the top shot shows in the television replays that it has already crossed the line into the goal, but in a lightning speed that made the referee wait for the mouse to resolve it.

The law also states that the referee may return to his decision as long as he has not resumed play yet, as the ball after the goal was passed between the players until the video referees confirmed to the referee the correctness of the goal and the referee calculated it.

Qatar raised its tally to six points from two matches, compared to two for Iraq and one for Oman and Bahrain.

Al Sadd striker Afif gave Qatar, who defeated Bahrain 1-0 in the opening round of Group A, the lead from the penalty spot in the 32nd minute.

Spanish coach Felix Sanchez's team lacked effectiveness to widen the difference, while Oman snatched the equalizer with Al-Hajri's header 16 minutes before the end.

Qatar needed a late own goal to secure their second successive win when Durbin failed to advance during a promotion with striker Al Moez Ali.