The millions of the oil company, Carey's commitment and the exhausting closing of the works: this is how the controversial premiere of the World Cup in Jeddah was conceived

Aramco, the world's largest oil company, obtained during the second quarter of 2021 a net profit of 27,000 million euros, a figure higher than that of Google, Amazon or Apple ... 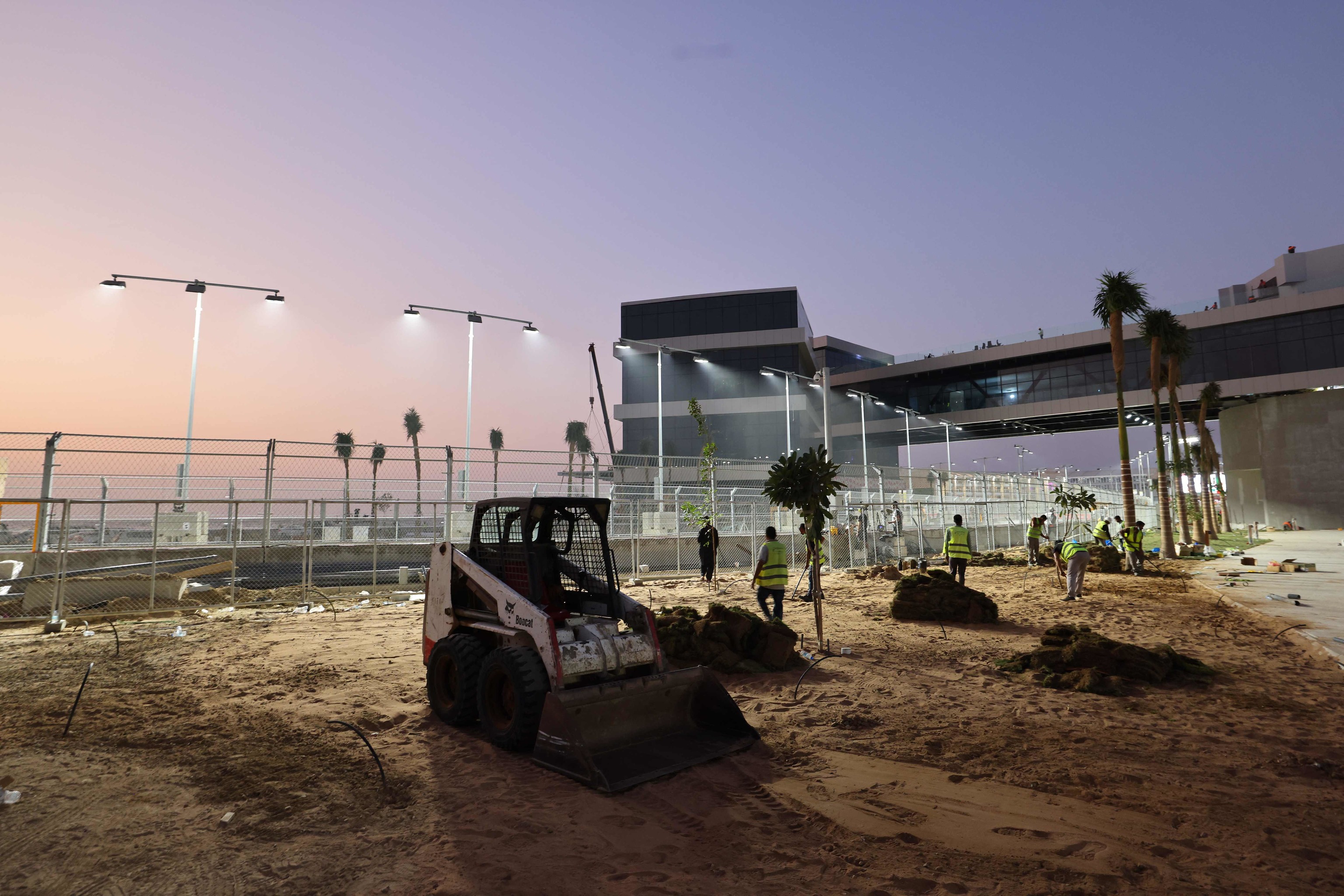 Aramco, the largest oil company in the world, obtained during the second quarter of 2021 a net profit of 27,000 million euros, a figure higher than that of Google, Amazon or Apple. Since March 2020, this company, owned by the Royal Family of Saudi Arabia, has been one of the seven global sponsors of F1, thanks to the efforts of

, former CEO of Liberty Media, the company that owns the business. The signing of that contract, for which the Great Circus receives almost 50 million a year, marked the beginning of an adventure that is completed this weekend in Jeddah.

, determined to offer the West a sweetened vision of his regime through the

. It was the happy ending to 15 months of negotiation, just before the global outbreak of the pandemic. An endorsement for both the heir and Carey, who could finally add another name to Rolex, Heineken, DHL, Emirates and Pirelli, the old partners of

He could also sell the deal as a success for CAA Sports, the sports arm of the all-powerful Hollywood agency that he himself had hired.

Everything seemed to be rolled, so, without a second to waste, he called

Nobody like the German architect, with more than two decades of experience in F1, to draw the new circuit.

"It was our most difficult challenge, because we knew it had to be ready in 12 months", admitted this week his son

, director of one of the most prestigious architecture firms in the world.

The final result was overseen yesterday by

, F1's race director. His doubts about compliance with all security measures were legitimate. In fact, it was not the first time he had examined the track. A couple of weeks ago, between the Brazilian GP and the Qatar GP, the Australian had already appeared in Jeddah to warn the organizers. “There is still a lot to do, so it will not be resolved until the last moment. I think they will succeed, because they are literally working 24 hours a day throughout the week, "said

, F1 sporting director. The brutal final pace of the works has obviously paid off. Neither the Saudi monarchy, nor Aramco, nor F1 itself could afford a cancellation.

So as of today, despite Covid's own capacity restrictions, 40,000 fans are expected in the stands, of which, according to the organization, 8,000 will come from abroad. Prices range from € 235 for the entire weekend to € 3,240 for premium seats, ranging from meetings with former pilots to a limousine transfer to the concert area.

, simple opening acts for what awaits on Sunday, with

After his spending with the Italian and Spanish Super Cups, Formula E or boxing, the heir has not spared now on expenses.

There is too much at stake in a race that is already shaping up to be a potential World Cup start or epilogue.

The work on the circuit, late on Thursday.AFP

At this point, few dare to speak out against the excesses of the Saudi monarchy. Only

wanted to get out of the script yesterday during the official press conference. The seven-time champion not only announced that he will once again wear the helmet with the colors of the rainbow flag that he had already premiered in Qatar, but also described Bin Salman's policies against homosexual groups as "terrifying".

When asked if he was comfortable in Arabia,

opted to point up: 'I would say yes, but I have not chosen to come here.

That choice corresponded to F1 ».

"F1 is in a unique position to endorse this image wash or pressure the government on its record of human rights violations," Human Rights Watch warned Wednesday.

Formula 1 Alpine, between doubts and hope: this has been the year within Alonso's team

Formula 1 Hamilton and Mercedes, against the ropes: The factors that herald the end of their dynasty