Ribom back after illness: "Hard to sit at home on the TV couch"

Cross-country skier Emma Ribom is expected to make her big breakthrough this Olympic season. But the 24-year-old has missed the first two competition weekends due to illness - only tomorrow will she make her season premiere in Lillehammer. - It has been really hard to sit at home on the TV couch, Ribom says to SVT Sport. 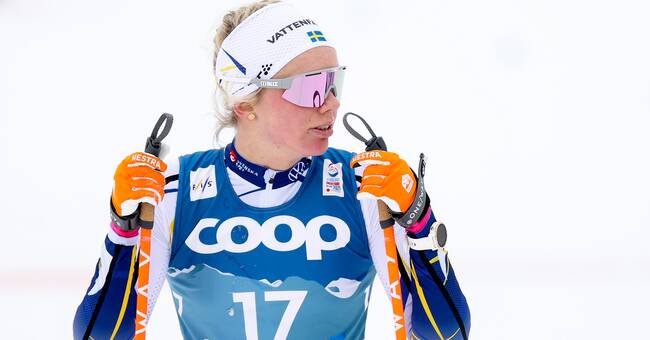 Emma Ribom contracted a cold before the Swedish premiere and she was forced to stand over the competitions in Gällivare and Ruka.

Extra frustrating, she says, because she is one of many skiers who need to perform before Christmas to pinch an Olympic venue.

- Yes, it is clear that I would have liked to be involved and match from the start.

But now it's just a matter of looking ahead, she says.

Last season, Ribom took her first podium place in the World Cup when she finished third in the sprint in Val di Fiemme.

This year, many believe that she can have her really big breakthrough.

- We have said that it can be a breakthrough this year, she was good last year as well.

But the step she has taken in training this year, we have seen with all clarity, she has definitely taken another level, says national team manager Anders Byström.

And for Ribom himself, it is clear what a breakthrough means.

- Yes, to succeed with something I have not done before.