Plain trap: why the Russians were unable to win medals in the sprint at the second stage of the KM cross-country skiing

The Russians were left without medals in the sprint at the second stage of the World Cup in cross-country skiing. The best result was shown by Alexander Bolshunov, who finished third in the semifinal race. The rules were violated against the athlete on a flat area, but the Finn Lori Vourinen received only a yellow card. For the girls, Tatyana Sorina and Khristina Matsokina stopped fighting in the quarterfinals. 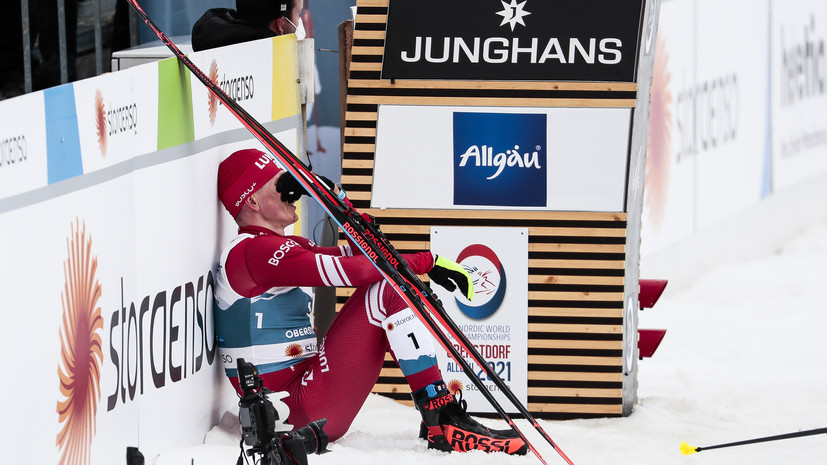 The second stage of the World Cup in cross-country skiing began in the Norwegian Lillehammer with a sprint.

If in Ruka the athletes ran in the classical style, this time it was necessary to show their skills in the “skating”.

Plus, the track was significantly different from the Finnish one.

Instead of long ascents and descents, skiers were offered a large flat part, where not everyone is able to correctly distribute forces.

This segment played a cruel joke with Russian girls.

The leaders of the national team Natalya Nepryaeva and Yulia Stupak could not get into the top thirty at the end of the prologue.

After the race, the athletes admitted that they felt good at the distance.

“They themselves have not yet understood why they did not qualify. The state of health is quite good, working. Maybe they couldn't keep up with the speed or didn't catch the rhythm. I don't understand yet. It seemed to me that I was going fast enough. In principle, all the coaches shouted that everything is fine, we are free to pass. But it turned out like this, "Stupak said in an interview with Match TV.

As a result, only two Russians made their way to the sprint quarterfinals: Tatyana Sorina and Khristina Matsokina. However, this turned out to be their limit. The girls could not even catch the place of the lacquer-loser, losing greatly to the rest of the skiers in their races. As the coach of the national team Yegor Sorin explained, such results are not due to the highest maximum speeds of the Russians, which are so needed in the sprint: on entering the plain, they already lost about three seconds to the leaders. The victory in the sprint was again won by the Swede Maya Dalkvist, who was the best in the first stage in Ruka.

For men, the qualifications have developed quite predictably.

The victory was won by the Norwegian Johannes Klebo.

Young Alexander Terentyev, who won the sprint in Finland, was five seconds behind the formidable opponent.

This result could be assessed as good, since the skier turns out to perform worse with the "skate" than with the "classics".

Only Denis Filimonov was unlucky.

For the 22-year-old athlete, sprint free style is a profile one, but the Russian could not prove himself, taking the offensive 31st place in the qualification.

The quarterfinals turned out to be a failure for the national team.

From the very beginning, he took the lead in his race and did not let anyone go ahead to the finish line.

The last meters, Alexander gave up running, giving the first place to Even Northug.

The leader of the Russian national team made such a move on purpose so as not to meet with Klebo in the semifinals.

Ustyugov from the start preferred to go behind the others, however, on the track in Lillehamer, such a tactic rarely works.

The track is narrow at a distance, there is practically nowhere to overtake rivals.

As a result, Sergei became only fourth.

Terentyev and Retivykh, it seemed, also acted unsuccessfully tactically during their races.

Both finished third, not finding a loophole through which they could slip forward, and Alexandra stepped on the ski a couple of times at the finish line.

In the semifinals, Bolshunov decided to act in the same way as in the quarterfinals: he came out ahead and held the first position up to the flat area. But here the Finn Lori Vouurinen, in violation of the rules, cut off the owner of the "Big Crystal Globe". The Russian found himself in a box, and when he was able to get out of it, it was already too late. The leader of the national team finished only third. We also failed to get into the number of lucky losers, since the first semi-final was stronger and faster at the same time. Vourinen received a yellow card from the organizers for his actions, but this did not affect the results of the race with the participation of Bolshunov.

After such a speech, the head of the Russian Cross-Country Skiing Federation, Elena Vyalbe, refused to communicate with journalists, so the results of the sprint were summed up by the senior coach of the national team, Yuri Borodavko. According to the specialist, the athletes did not manage to make it to the finals due to the fact that they stepped on their skis several times at the finish line.

“Of course, it's more pleasant to see the Russians on the podium, but this time it didn't work out. It was hard for Terentyev on the straight, plus he was stepped on the ski twice, this prevented him from turning on at the finish line and showing the result. Bolshunov tried, he has the same situation, two failures and in the end only the third. But Alexander's condition is not yet optimal. There is still a tightness in the movements, it is far from the optimal form. It is still a mystery to me why Nepryaeva did not make it into the top thirty. At a distance, she had constrained, constricted movements, although in training the athlete looked good. I would like medals in the next races, but a lot will depend on the skis, because the weather is very cold, ”the specialist admitted.

Klebo celebrated the victory in the sprint in the absence of the Russians.

A sensation in the final was created by another Norwegian: 23-year-old Thomas Larsen, who was only 30th in qualification, imposed a fight on the three-time Olympic champion and showed the second result.