After the horror injury - World Cup over for Mia Rej

The World Cup is over for the Dane Mia Rej who injured herself yesterday against Tunisia. However, neither the meniscus nor the cruciate ligament are damaged. "A message that I myself am very relieved about," Rej says to his Danish club Odense's website. 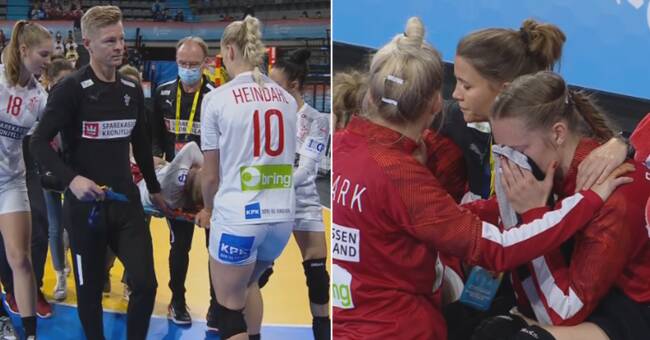 It was at the beginning of the second half that teammate Mette Tranborg, after a close, fell over Mia Rej's right knee.

The knee bent at an unnatural angle and the Danish game engine collapsed, screamed out its pain and then had to be carried out on a stretcher.

Today, her Danish club Odense announces that the World Cup is over.

"Even if it is not as bad as first feared that the World Cup is over", the club writes.

Examinations show that neither the meniscus nor the cruciate ligament are damaged.

On the other hand, the inner ligament has received a real bang.

"I myself am very relieved by that message, because I immediately thought that it could be the cruciate ligament.

I'm pissed that the World Cup is over, but now I wish the girls the best, ”says Rej.