Norwegian long distance star Johannes Hösflot Kläbo first refused to have a sponsor logo on the competition suit. But then came the news that he will, after all, go with the logo on the suit. At today's press conference, he received a number of questions about the suit dispute, but consistently refused to answer the questions. 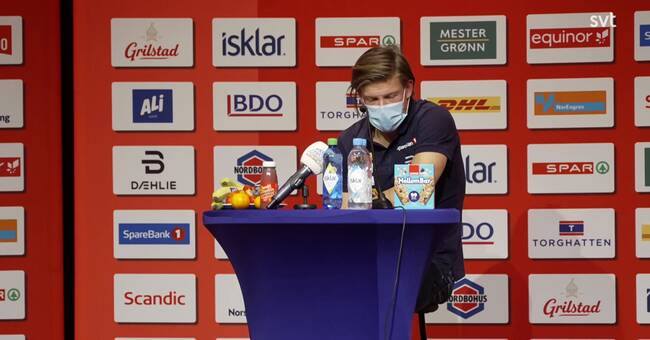 Johannes Hösflot Kläbo refused in Ruka to wear the logo from one of the Norwegian Ski Association's sponsors, Viaplay.

But then came the turnaround.

In a press release, it was revealed that he agrees to compete with the logo after all.

Kläbo believes that this is not about Viaplay's editorial investment, but that it is a matter of principle.

That a sponsor also monitors the competitions is what he reacts to.

- For me, it has been important to convey my concerns in relation to credibility and independence.

And although I will not continue this debate, it is an important debate.

I have managed to get it on the agenda and show where I stand in this case, says Kläbo in a press release.

Kläbo will thus during the World Cup competitions in Lillehammer wear the same competition clothes as the rest of the national ski team, which includes the Viaplay logo.