"It would have been better to invest in my hometown"

Zlatan Ibrahimovic's statue was vandalized and overturned in Malmö. Then the attacker worried about his relatives. "Those were hard days," he writes. 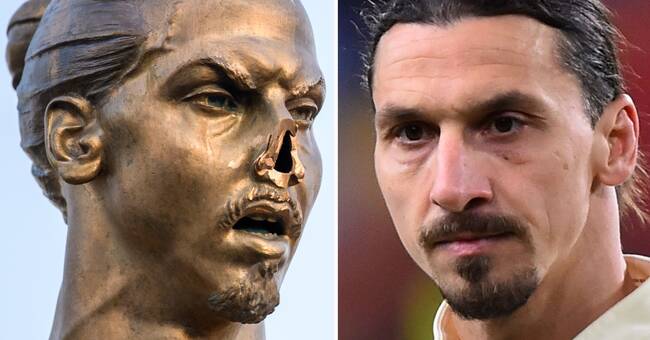 Next week, Zlatan Ibrahimovic's third book will be released, this one - Adrenalina: My Unknown Stories - has been written by the Swedish football star together with the Italian journalist Luigi Garlando.

Aftonbladet has read the contents of the book, in what is called a 40-year-old man's diary, he tells about the controversial decision to become a partner in Hammarby.

It was announced a month and a half after his statue was unveiled outside Malmö Stadium.

“It felt like a good opportunity to do something useful in Sweden, for me it was a gesture of gratitude to my country.

Malmö's supporters did not take it well.

It was not the investment as such, but one thing I said: 'I will make Hammarby Scandinavia's biggest club'.

But what would I say then?

In all the adventures I embark on, I try to do the maximum.

I know that it would have been better to invest in my own hometown, but now came this opportunity in Stockholm, where I also chose to live ", writes Zlatan Ibrahimovic in the book according to Aftonbladet.

The statue of Ibrahimovic was vandalized, sawn off at his feet and overturned.

And then it was transported away by the city of Malmö for repair, and no decision has yet been made as to where it will stand.

"Those were hard days.

I was worried about my relatives who live there (in Malmö), it was scrawled on the facades of their house.

My name was Judas.

Today I do not know where the statue is.

But I know that I still stand up, at the age of 40 ", writes Ibrahimovic.