Raise the age limit, divide the judges and reduce the components: what changes in figure skating can ISU discuss

The International Skating Union will consider several proposals related to figure skating at the June congress in Phuket. The organization may increase the age limit for singles to 17 years old, in connection with which current juniors will have to start their adult careers later. In addition, according to media reports, the initiative will be discussed to divide the panel of judges into technical and component ones, as well as to reduce the criteria for the second assessment, which will lead to zeroing of the current records. 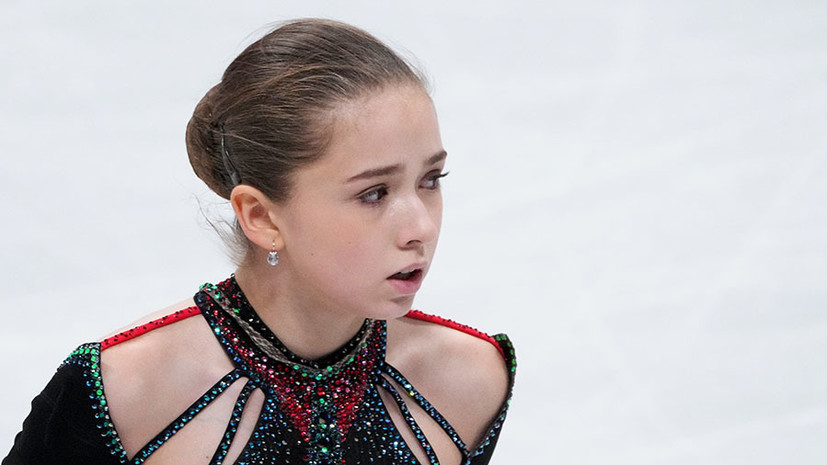 In the near future, a real revolution may take place in figure skating.

The International Skating Union (ISU) will consider issues of tightening the age limit for participation in adult competitions, as well as reforming the refereeing system.

Both initiatives will be considered at the next congress in June 2022.

The first proposal came from the Norwegian Skating Association.

For the first time, the organization announced the need to raise the age for transition to adult skating back in 2019, but the discussion essentially did not take place, since the ISU congress was canceled in 2020 and 2021 due to the coronavirus pandemic.

Now the Norwegian side has confirmed that it will again seek to consider its initiative.

“We can confirm that we will again submit our proposal for the age limit.

According to it, access to adults will be available from the age of 17 for women and men in all ISU disciplines, including figure skating, and from the age of 16 - for dance duets and sports couples, "said Match TV in the leadership of the Norwegian Skating Association.

It is assumed that the amendments will take effect from the 2023/2024 season, that is, from the middle of the next Olympic cycle.

At the same time, an exception will be made for skaters who by that time will already perform at the European, four continents and world championships in 2023.

They will be admitted to all subsequent adult competitions, despite stricter age criteria, if approved.

The Norwegian side stressed that it wants to toughen the qualification in all sports controlled by the ISU, that is, the amendments will also affect speed skating and short track speed skating. However, first of all, they will affect women's single skating, where the participation of 15-year-old athletes in competitions has long been the norm, and such a young age gives an advantage over more experienced rivals.

Tightening the age limit in the future may affect the career of such promising juniors as Sofya Akatieva, Veronika Zhilina, Sofya Muravyova, Adelia Petrosyan, Sofya Samodelkina, Anastasia Zinina. All of them have ultra-si elements in their arsenal and could soon begin performing with adults, but all of them will not be 17 years old on July 1, 2023, so if amendments are adopted, they will continue to perform with juniors, unless they take advantage of the a loophole for them.

Another radical proposal for figure skating was prepared by the Royal Speed ​​Skating Union of the Netherlands.

He initiated the reform of the panel of judges and the division of arbitrators into those who evaluate only the technique, and those who give points for the components.

Now the results of the largest competitions are determined by a group of nine referees, which monitors everything except errors on the elements (they are recorded by a separate technical panel).

This proposal already has its supporters.

According to Match TV, the division of referees into technical and component referees has already been supported by the ISU technical committee, as well as by the large national federations of Italy and Canada.

In theory, an increase in the number of referees will make the results of the competition more objective, but will place an additional burden on the tournament organizers.

At the same time, in the near future, the number of components that make up the second assessment can be reduced from five to three.

It is reported that the ISU working group, led by Russian arbiter Alla Shekhovtsova, came to the conclusion that “connecting elements” and “music interpretation” could be excluded from the protocols, leaving only “skating level”, “performance” and “composition”.

If the amendment is adopted, it will certainly affect the estimates of the skaters.

The technical component of rental may come to the fore, which often already has a greater impact on the final result.

In addition, any change in the protocols will lead to zeroing of the previously valid records, since it will be impossible to compare the old and new results.