He was acquitted in the district court, but was suspended for four years by the Swedish Football Association. The mutilated ex-Allsvenskan player now speaks out for the first time. - In my opinion, they have crossed all boundaries that exist, the player says about the union's suspension. 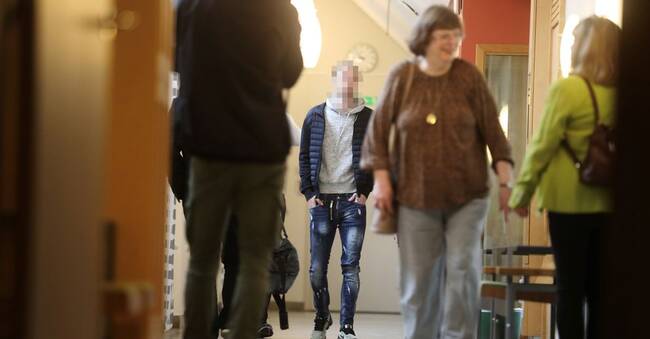 On Wednesday, the trial in the Court of Appeal against the mutilated ex-Allsvenskan player and three co-accused men ended.

The elite player was one of two who was completely acquitted in the district court in early June.

He was charged with taking bribes and gambling in connection with an Allsvenskan match in the spring of 2019.

Throughout the process, the elite player, who since January 2020 belongs to a foreign club, has chosen not to talk to journalists, but after the Court of Appeal hearing, he chose to stand up for a short interview.

I've known that since day one, but it's not fun, says the player.

Despite being acquitted in the district court, the Swedish Football Association banned him from all Swedish sports for four years in September.

- In my opinion, they have crossed all existing boundaries.

Then whether I am right or wrong - it is up to everyone to judge, he says.

His defense lawyer Frank Thorstensson says that the player's football career has in principle been ruined due to the trial and the long suspension.

But I have not given up, says the player.

"Where is the evidence?"

According to the prosecutors, the elite player must have taken a yellow card in the Allsvenskan match in return for a loan of SEK 300,000 from a co-accused 31-year-old man.

During the trial in both the district court and the court of appeal, the defense has insisted that this is a regular loan without a requirement for any consideration.

- Where is the evidence that I did what they (the prosecutors) say?

The elite player believes that the football association has not been consistent in the decisions regarding the four who are suspects in the current match-fixing scandal.

Everyone has a background in football, but the other three have been at lower levels.

- It was me and another person who was set free.

That person was suspended for six years.

A person who was convicted in the district court was suspended for five years.

Doesn't that say it all?

The lawyer believes that the association should not have made the decision against the elite player in view of the acquittal in the district court.

He is asked if he thinks that football and sports see a signal value in the verdict.

Because there is very little practice and that is why I think this goes to HD (Supreme Court), says Frank Thorstensson.

The suspension has been appealed to the National Sports Board (Rin), but according to Frank Thorstensson, Rin is awaiting the Court of Appeal's ruling before a decision is made.

TT: The elite player is suspended globally by Fifa - do you run any process regarding that suspension?

We will wait a bit, says Thorstensson.

The judgment of the Court of Appeal will come in two weeks.

- I'm not nervous, because I know I have not done it, the player says.

He does not want people to feel sorry for him, but says that it has been a tough time.

- You may not like me as a football player, but I'm a human being.

I also have feelings, says the football professional.

The prosecutors demanded a suspended sentence and a daily fine for the elite player.

CLIP: After the team change: Match fixing in lower series seems to have disappeared (November 30, 2021)

After the team change: Match-fixing in lower series seems to have disappeared