"I am for longevity in sports": how the idea of ​​raising the age limit for figure skaters was appreciated in Russia

Norway's proposal to raise the age limit for figure skaters to 17 has caused a mixed reaction in Russia. President of the FFKKR Alexander Gorshkov said that in no case would he support such an initiative. Although many experts did not agree with the reform, they noted that it would not affect the success of Russians. At the same time, two-time Olympic champion Evgeni Plushenko said that an athlete should think about a long career. 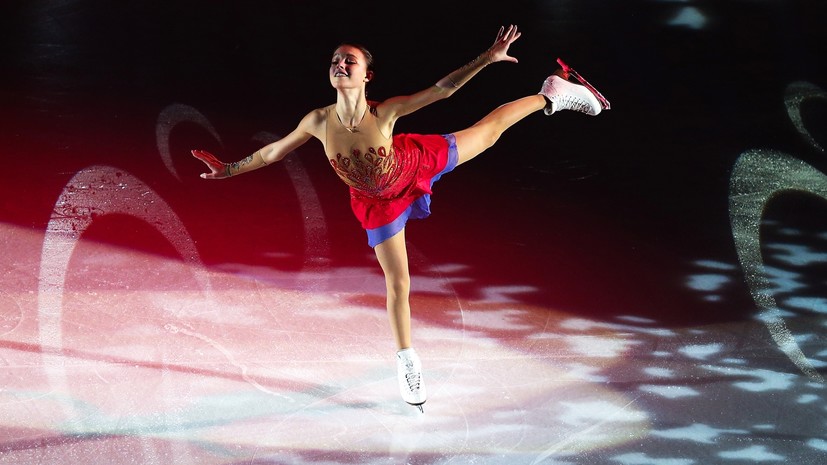 The Norwegian Skating Association has come up with a proposal to tighten the age limit for skaters from the 2023-24 season. If the new rules are approved at the congress of the International Skating Union (ISU), then only singles who have reached the age of 17 will be able to compete in adult competitions. In pair skating and ice dancing, it will be allowed to compete from the age of 16.

At the moment, athletes who have reached the age of 15 can participate in all major tournaments, up to the Olympic Games.

At the same time, the best results in women's single skating are just shown by recent juniors, who, according to the new rules, will have to compete in their category for a long time.

The most striking example is Kamila Valieva, who in her first adult season updated all world records.

You can also remember Alina Zagitova, who immediately won the Olympics in Pyeongchang when she began to meet all the requirements.

The idea of ​​raising the age limit by two years was resolutely rejected by the Russian Figure Skating Federation.

The president of the organization, Alexander Gorshkov, said that he was ready to defend the right of young figure skaters to compete at international competitions under 17 years old.

“We have already stated more than once that our federation is categorically against raising the age limit, and we are ready to once again argue our position.

Why does Norway need it?

Let those who propose it answer this.

Honored Coach of the USSR Tatyana Tarasova noted that the initiative of such a significant reform for figure skating comes from Norway, where this sport has been developing weakly in recent years.

She also noted that the new rules will not affect the successful results of the Russians.

“Nothing can stop our girls from winning and skating just as amazingly.

It would be better if the Norwegians tried to educate someone than to put forward any proposals.

In Norway, there are no skaters at all, not a single person - what proposals can we talk about?

Our girls win and will win at any age, because they are the best, "Tarasova told the Championship.

Olympic champion Alexei Yagudin reacted in the same spirit to the news about the increase in the age limit.

He advised Norwegian officials to tackle other sports.

Norway, do you have any figure skaters?

Renat Laishev, president of the Sambo-70 sports and education center, expressed a negative attitude to the amendments, whose school brought up many figure skaters who had achieved early successes.

He noted that such rules do not exist in other complex coordination sports.

“These are sanctions against our successes and records.

They just start to get out, like in all other industries.

Of course, I have a sharply negative attitude towards this.

Life dictates its own - there is a rejuvenation of sports.

There are manifestations not only in figure skating, but also in rhythmic and artistic gymnastics.

It doesn't spoil the sport at all.

This is nature - there is no getting away from it, ”says Laishev.

Olympic champion in ice dancing Natalya Bestemyanova linked the offer of the Norwegians with the success of Russian figure skaters in the international arena.

She is confident that the amendments will be adopted, although more than half a year remains before their consideration.

“This initiative has been discussed for a long time.

I think it will be accepted.

How do I feel about this?

On the one hand, there will be beautiful women's skating, not children's skating, but we will lose the opportunity to see a huge number of quadruple jumps.

This will be a separate view that we will love to watch for the sake of jumping.

Nowhere to go, they will vote.

I don't really want this, our girls are the best in the world.

Of course, this is an actual war against Russia, ”Bestemyanova said.

The famous coach Alexander Zhulin humorously accepted the idea of ​​the Norwegian association. In his opinion, changing the age limit will not affect the balance of power in world figure skating in any way.

“Firstly, such a proposal from Norway looks ridiculous, and secondly, they first need to deal with asthmatics before getting into sports where they don't succeed at all. I only know one thing - now everyone is trying by any means to think of something, to change something in the system in order to fight against Russian figure skating, especially women's. The world no longer knows what to do with it and how to deal with us. They understand perfectly well that they cannot see the first three places in major competitions as long as our girls are there. In fact, this proposal is even more comical than mine for adding points for age. Everything is learned in comparison, so we need to treat this proposal with a sense of humor, "Zhulin noted.

At the same time, not everyone took the idea to restrict the participation of figure skaters in competitions with hostility.

Two-time Olympic champion Evgeni Plushenko said that an athlete should perform as long as possible, and not achieve success at an early age and end his career immediately.

“Let it be discussed.

We have a guide for that.

I don’t want to get involved in this story.

Will this affect many of my students?

This means that they will continue to train and perform further in juniors.

Sports life does not end there.

You have to ride for a long time.

I am for longevity in sports, and not for the fact that there was a one-time outbreak - and they ran away.

We have a leadership, let him make a decision - this is my position, ”said the former athlete, who himself performed until 31 years old.