Tiger Woods reappears after his very serious accident: "I'm lucky to be alive and have a leg"

In black and gray camouflage, a statement of intent. This is how Tiger Woods appeared in his first public appearance after the tragic accident that last 23 of ... 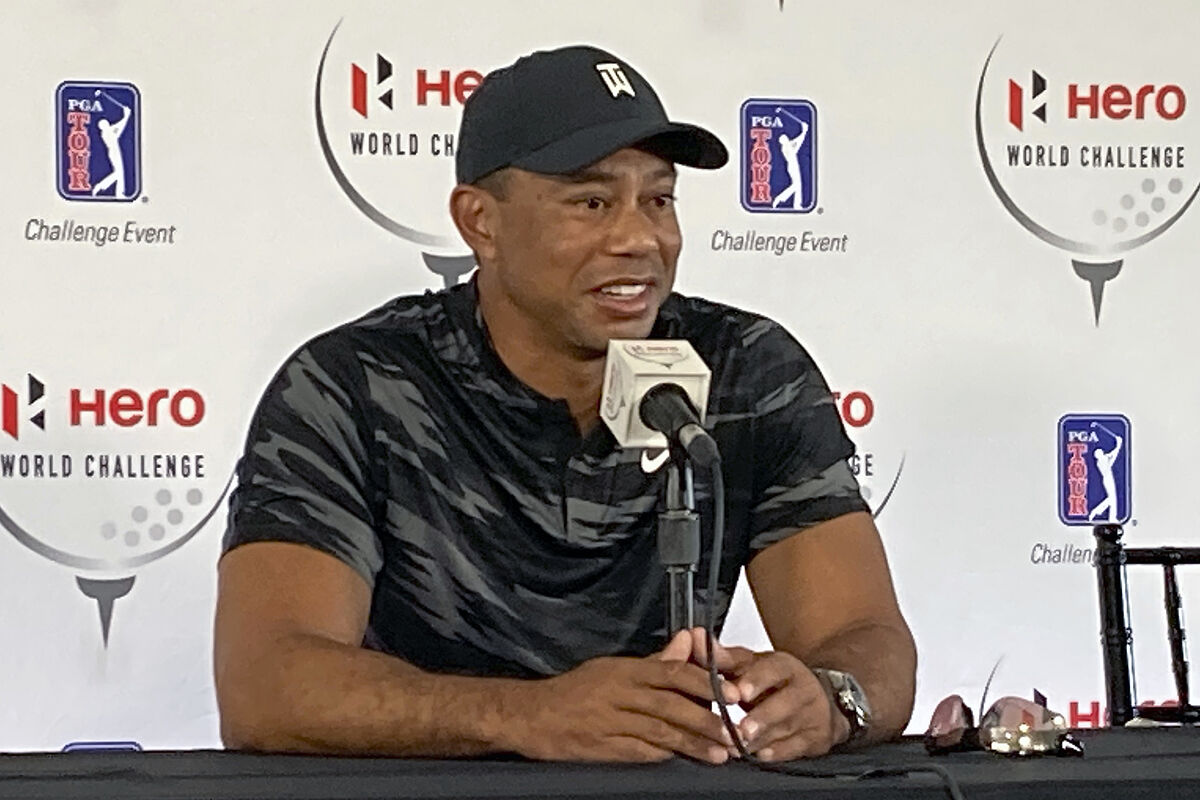 In black and gray camouflage, a statement of intent. This is how

in his first public appearance after the tragic accident that on February 23 was about to cost him his life. This Tuesday, during the week of the Hero World Challenge in the Bahamas, a tournament sponsored by its foundation, was the date chosen to speak. Those who were waiting for a Tiger in red and black, his traditional war colors, with which he became one of the best athletes in history, will have to wait, the battle of Woods is now another.

Although the Californian left a door open to hope, that of returning to compete with a more selective calendar, in fields whose level of demand can support his battered body, with ten operations between knee and back and a completely reconstructed leg. "I am lucky to be alive and to have the leg. Those are two crucial things. I am very grateful that someone up there is taking care of me, that I can not only be here, but also walk without a prosthesis," said an excited Tiger.

"Was amputation an option?", Continues a journalist.

"Yes, it was on the table

In his first interview published a few hours ago in

acknowledged that doctors gave him a 50% chance of saving his leg in the first hours after the accident.

Woods endured stoically the 40 minutes of interrogation sitting in a chair,

diminished by the pain: "Right now in the back and in the legs

"I still have a long way to go," was his response to the million-dollar question, his return to competitive golf. "I'll put it this way: when it comes to playing at Tour level, I don't know when it will happen. For now, I'll play a lap here or there, a little bump and a few laughs, I can do something like that."

Woods did not hide the illusion of being able to compete in the British Open in 2022, in St. Andrews, "my favorite golf course in the world", he affirmed, always maintaining caution and without specific deadlines. "I have to be good enough to do it. So I have to prove to myself in practice that I am. I can

with any of these guys on the PGA Tour, but golf courses are longer than a

. I am not going to win the Masters at the Augusta National par-three course, I have to improve more for those goals.

Like I said, I have a long way to go in the rehab process to be able to do something like that.

", declared Woods, between ovations and a very shy limp that accompanied him in his farewell.

Golf Golf, against the Taliban: "It was the only chance to get away from it all"

GolfCarlota Ciganda, one step away from triumph in the Spanish Open