Messi: Give Lewandowski the Ballon d'Or because he deserves it

After receiving the Ballon d'Or in 2021, Lionel Messi believes that the magazine "France Football" - which presents the award - should award the 2020 prize to Robert Lewandowski, who finished second in Monday's ceremony. 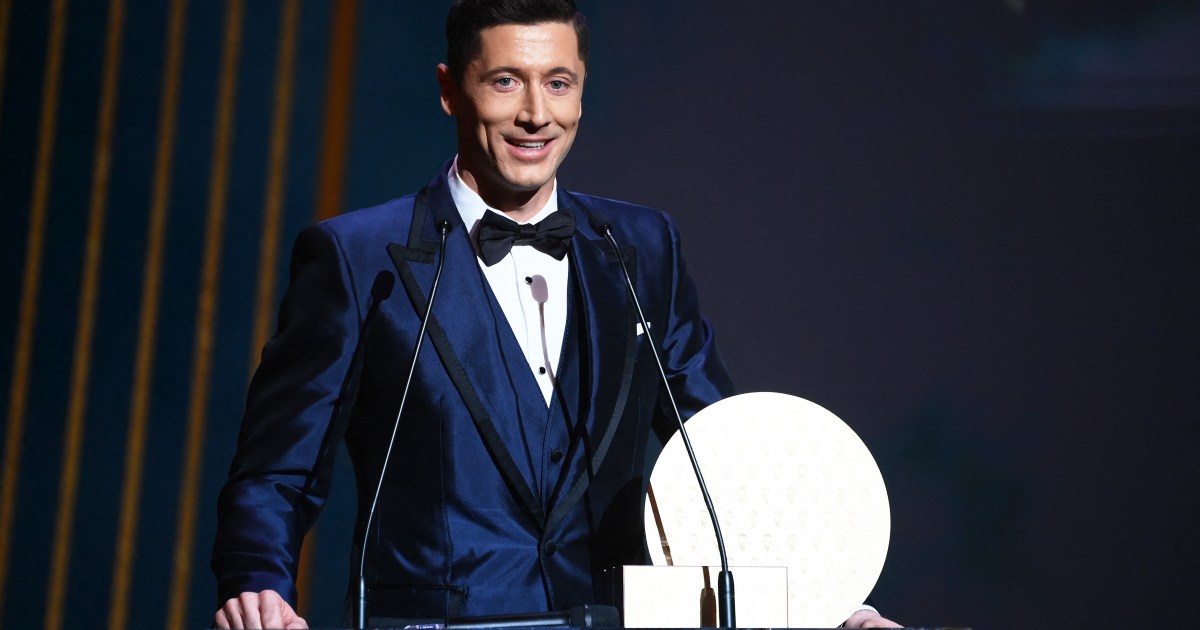 After receiving the Ballon d'Or in 2021, Lionel Messi believes that France Football magazine - which presents the award - should award the 2020 prize to Robert Lewandowski, who finished second in Monday's ceremony.

However, the specialized French magazine canceled the 2020 edition of the Ballon d'Or due to the Corona pandemic, and all odds were in favor of the Polish star, who won the award for the best striker for the year 2021.

"I want to tell Robert (Lewandowski) that it is an honor for me to compete with him," Messi said upon receiving the award.

Messi won the Copa America with Argentina in 2021, which is his first title at the international level, as well as winning the King's Cup with Barcelona and being the top scorer in La Liga.

"It's unbelievable to be here again," Messi said. "Two years ago, I said it was my last years, and I didn't know what was going to happen."

"After that, they started asking me when I would retire, and today I'm in Paris... I'm very happy and excited, and I'm excited to take on new challenges."

"I don't know how much I have left, but I hope it's a lot, because I love it. Other times I won this award and I always had the feeling that something was missing... I was frustrated about something (not winning a big title with his country)," he concluded. This year, I was able to realize the dream that I wanted so much [to achieve] after fighting and overcoming so many failures.. this award is largely because of what we [Argentina] did in the Copa America.”