There were no trend breaks in Småland this SHL evening. Luleå continued to win, Växjö continued to lose and Oscar Engsund scored again. - We are struggling for one point, Växjö's coach Sam Hallam told C More after a loss of 2-3, after extra time. 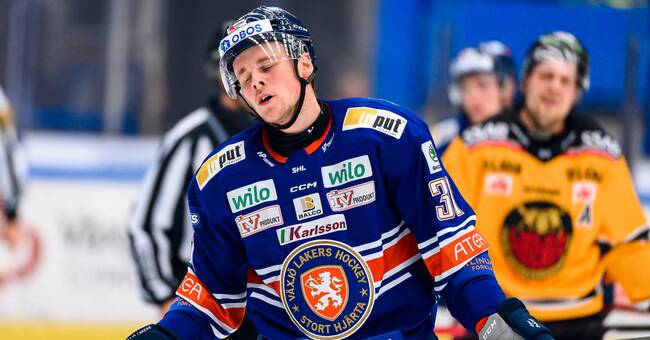 Luleå came into play with an upward form curve.

Not least thanks to defender Oscar Engsund's transformation from defensive back to point shooter.

A lead goal already after 4.50 meant, of course, a dream start to the match for the guests from Norrbotten.

- I get good passes out there, then it's just a matter of squeezing them.

This season they go in, Engsund told C More after his eighth goal of the season.

Luleåbacken says he has not made any conscious change in his playing style.

- I drive as I usually do, this year there have been some points as well.

After that, the Smålanders played two powerplays in close succession, without succeeding in taking the lead.

Instead, Luleå took advantage of its only opportunity in powerplay during the initial period.

Jack Connolly was last on the puck when the visitors regained the lead in the match.

In that situation, the reigning champion team Växjö looked to be on its way to the fifth straight loss since the national team break.

- We need to relax and let go, coach Sam Hallam said in a break interview with C More.

Linus Omark got the chance for a penalty, but dribbled away himself rather than Växjö's goalkeeper Adam Åhman.

Instead, Växjö equalized a second time after Pontus Holmberg was served a perfect shooting position by teammate Tobias Rieder who snatched the puck from Luleå players.

The match went to extra time where Isac Brännström decided for Luleå after only 23 seconds of play.

Luleå now has three straight victories while Växjö has lost five straight games in the SHL.