Kristianstads DFF sells team captain Josefine Rybrink. Now the back star goes to BK Häcken. - I immediately felt that this is a good step for me to take, she says to the club's website. 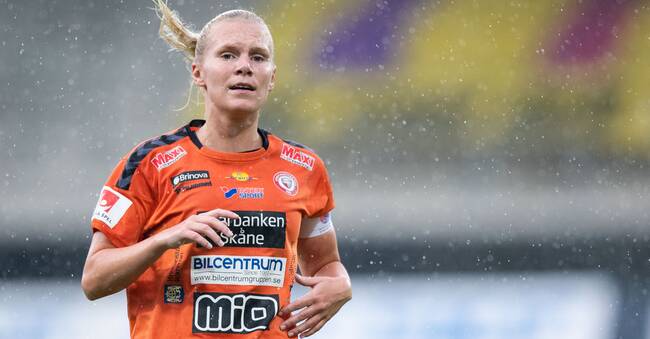 It became clear on Tuesday morning.

Rybrink had an agreement that extended over 2022, which was signed in December 2020. But now they choose to break the agreement.

"Josefine has had a desire to move closer to family on the west coast," writes Kristianstads DFF on its website.

Mittbacken, who has his roots in Kungsbacka, is also team captain for the U23 national team.

In Kristianstad, she has played an important role during the last season when they clinched the last qualifying place for the Champions League.

Now she is bought out of her contract and joins BK Häcken's player squad in January 2022.

The contract with Häcken will take effect at the turn of the year and extends over the 2024 season.

- It feels great and fun that it is finally clear, I am super tagged.

BK Häcken has fantastic conditions, is a club with high ambitions and they play a fast and attractive football that suits me, she says.