The thriller tonight - ready for the World Cup final

Truls Möregårdh's successful WC continues. The 19-year-old beat Timo Boll 4-3 in sets and is on to the finals at the ping-pong WC. 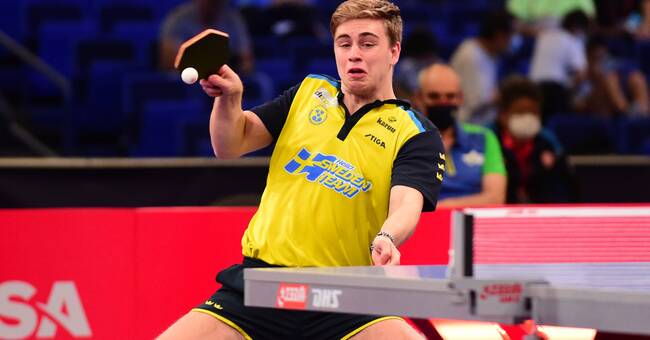 In the semifinals in Houston, Texas, the Swede ended up at a disadvantage against the veteran.

The 40-year-old German got a 2-0 lead in the set, but Truls Möregårdh had shown earlier in the championship (0-3 in the set in the eighth against Lim Junghoon) that he can handle inferiority when it is not possible to rely on someone else at the table.

Möregårdh managed to control the game with well-placed strokes, and every time Boll was forced to stretch far out on the forehand side, the German grimaced and took care of the abdominal muscle.

2-2 in sets where Möregårdh serviced himself to take a third straight, but Boll saved the Swede's positions and made sure that he - with eight European Championship golds - only needed to take one more set to reach his first World Cup final in men's singles .

In the sixth and seventh sets, Möregårdh added a ball-winning concept in the longer batting duels some distance from the table.

For the second world championship in a row, a Swede has at least silver in men's singles at the WC, Mattias Falck managed it in WC 2019. Möregårdh is also the first Swedish teenager to win a medal at ping-pong WC since Stellan Bengtsson won gold fifty years ago in Nagoya 1971.

And in this World Cup in Houston, Möregårdh is coached by Stellan Bengtsson.

In the final, which will be decided the night before Tuesday Swedish time, Möregårdh will meet either world setter Fan Zhendong or world ninth Liang Jingkun, both from China.