Shengelia, the patriotic display of the star that fueled the conflict between Georgia and Russia

When Tornike Shengelia made the great leap of her career a year and a half ago, a diplomatic gale came upon her by surprise. CSKA Moscow paid one million euros to ... 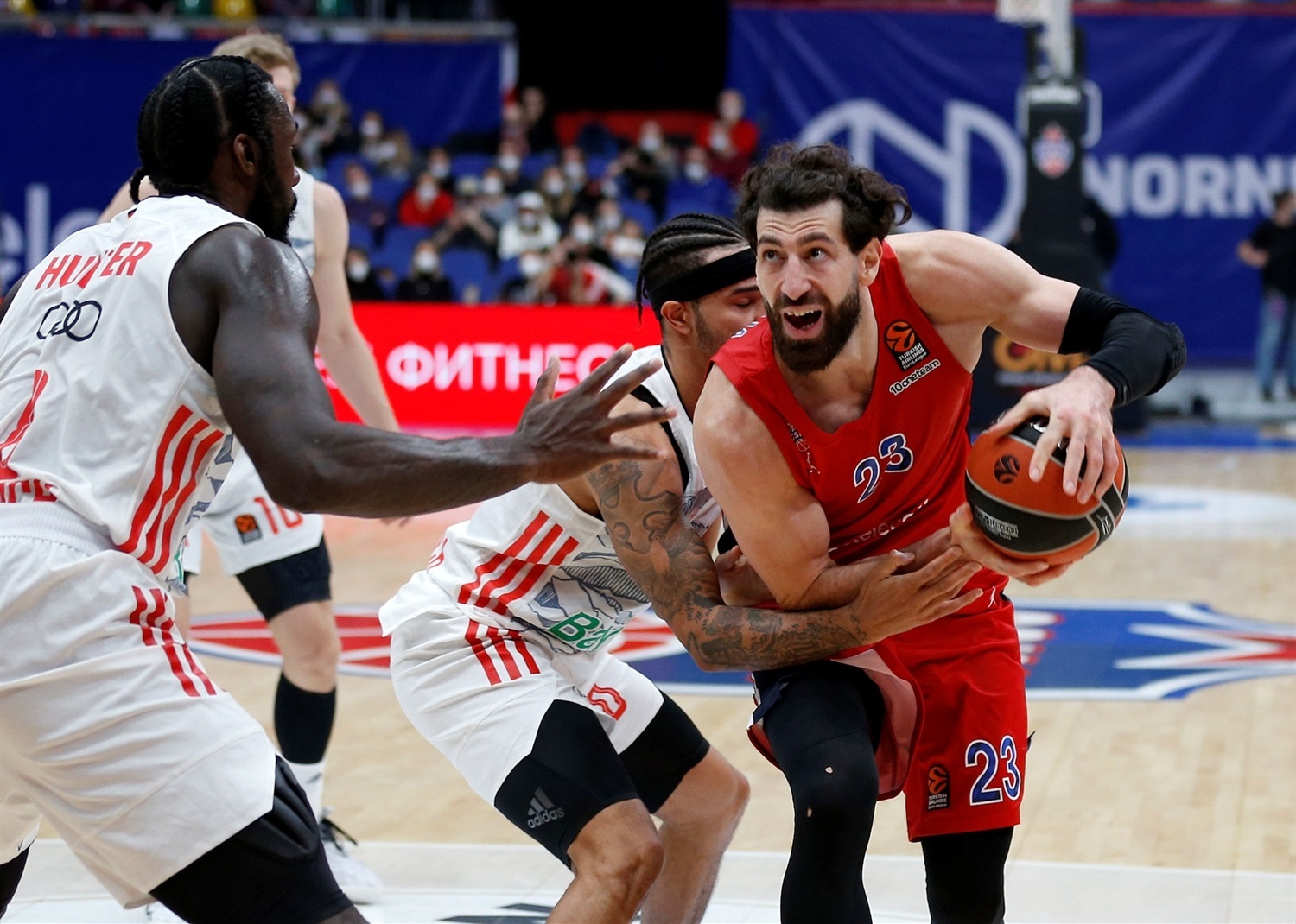 made the great leap of her career a year and a half ago, a diplomatic gale came upon her by surprise. CSKA Moscow paid a million euros to Baskonia for their star - six seasons and a League as the culmination - but in Georgia, the power forward's native country, that did not sit well at all. Since then,

has been determined to value his patriotic love. Today, against Spain in Jaén (8.30 pm, Teledeporte), he will not miss the appointment either.

On Thursday he played his Euroleague game with CSKA, the victory against Bayern (77-74) in which he contributed 12 points and five rebounds and almost 32 minutes on the court.

A physical outrage for a guy who, moreover, has just come out of an injury.

Shengelia, against Bayern on Thursday.

There are not many players from Euroleague teams who come to the FIBA ​​Windows, none who play two games so in a row. But it is that Shengelia had to include in his millionaire contract with CSKA a clause that allowed him to play the games with his selection whenever he wanted. His motivation is in his patriotism, but also in the pressures. When her signing was announced, even the Georgian president protested and public opinion fell on her. "I deeply regret this unfortunate event. For me, as the president of Georgia, the decision of the captain of our national team to sign for CSKA is disappointing and unacceptable,"

on their social networks.

Tensions between the two countries were never resolved after the five-day war in 2008 and the independence of the breakaway regions of South Ossetia and Abkhazia.

had to clarify the pact with his new star.

"I want to emphasize that, from the first day of the negotiations, it

have the club's permission to play for the national team and we have granted it," he said then.

Shengelia, who leads a dangerous team that also includes

, MVP of the ACB in Tenerife,

(UCAM Murcia) and Beka Burjanadze (Betis), spoke after the duel against Ukraine about what his country means to him. "My first dream, before going to the NBA, was to play for the national team. The motivation remains 100% and it will not change until the day I cannot play," he acknowledged. "Having one of the best players come is important psychologically, it gives a boost to the rest of the team. Many of our players are in the national leagues and have no experience in the big games, so they need the push of our players. who come from abroad, "his coach,

Euroleague Barça, with an unstoppable Mirotic, tears Baskonia to shreds

Euroleague Barça stumbles in Milan before the authority of Olimpia

Basketball30 years of a press conference that changed everything: "Without Magic Johnson, AIDS would not have come out of those dark times"