Mattias Falck and Kristian Karlsson are world champions in doubles. The duo secured Sweden's first World Cup gold in doubles in 30 years after a real thriller. - It's incredibly big. I do not know what to say, says Jan-Ove Waldner. 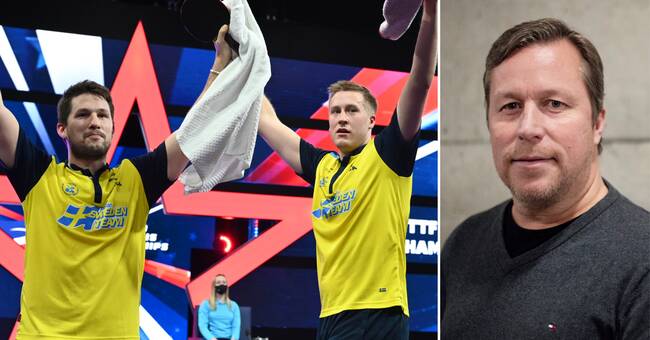 There is a table tennis fever in Sweden.

The final against South Korea's Jang Woo-Jim and Lim Jong Hoon was a real thriller.

Sweden led 2-1 but ended up in a tough disadvantage in the fourth set.

But after an impressive turn, they managed to secure the gold and win 3-1.

An incredible feeling to be able to do that, Jan-Ove Waldner to SVT Sport.

"If we both win, I'll celebrate for a week"

The table tennis legend Jan-Ove Waldner had a hard time finding the words after the Swedes' achievement.

I do not know what to say.

Gold in doubles and then we have the singles final left.

If we both win, I will celebrate for a week, he says and continues:

The boys have struggled and have to step forward themselves now.