'Legend' Miranda becomes MVP... Lee Eui-ri is the Rookie of the Year 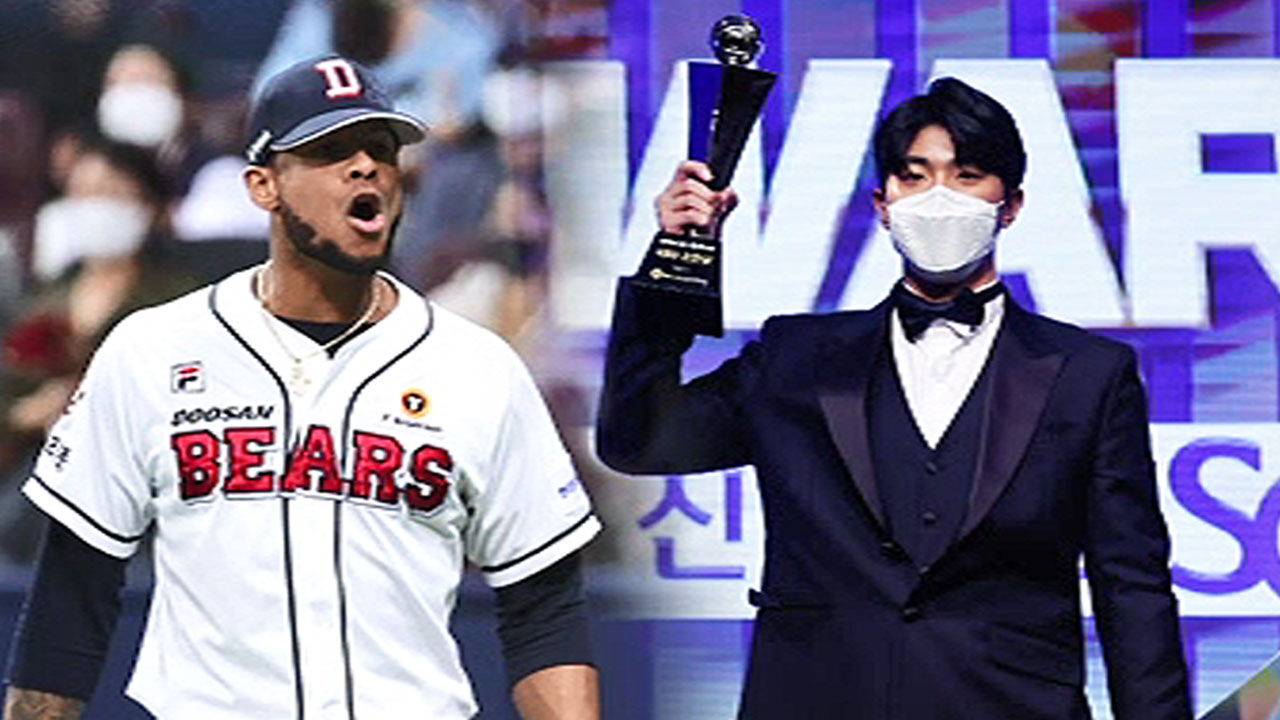 Miranda of Doosan, who surpassed Dongwon Choi's strikeout record in 'Legend', became the 'best star' in professional baseball. The future of Korean baseball, KIA Eui-ri Lee was named 'Rookie of the Year'.

There was no disagreement.

[Ariel Miranda / Doosan Pitcher: I plan to join the Doosan Bears next year if I have the opportunity to prepare harder.] In the

fierce competition for the Rookie of the Year, Lee Eui-ri of KIA, who played for the national team, defeated Choi Jun-yong of Lotte.

This is the first Rookie of the Year from the Tigers in 36 years since Lee Soon-cheol in 1985.

Lee Jung-hoo, who won the first batting title in his debut, revealed a bigger goal for next season,

[Lee Jung-hoo: I will challenge the home run king.] .]

[Choi Jeong: Next year, I will be the batting king.]

Oh Seung-hwan, the undisputed finalist, answered the question of when to retire.

[Seunghwan Oh: I think we will have to do it until Samsung wins.]

Professional baseball will end the eventful 2021 with the Golden Glove Awards ceremony next month.